I don’t normally do two posts in one day so I hope you’ll forgive me.

You see some special little guests are roaming around Hong Kong at the moment creating flash mobs and they just happened to be 15 minutes down the road from me so I thought I would pop by and see them all. 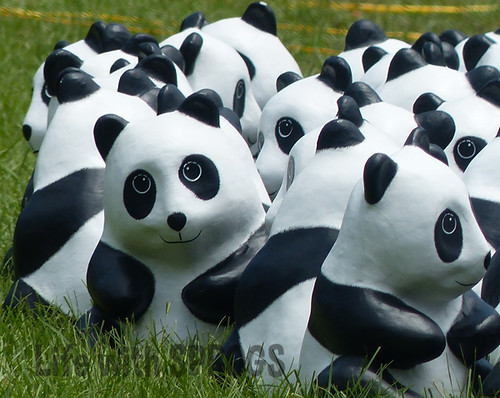 Yep – they be Panda bears. No, they’re not real… they are made of paper mache by French artist Paulo Grangeon. Touring Hong Kong to raise awareness for Giant Pandas as part of a WWF campaign, the number 1600 is significant because at the moment there are LESS than 1600 pandas in the world. There is one of these little guys to represent every panda in the wild (not sure if ones in Zoos and captivity are included in that count). 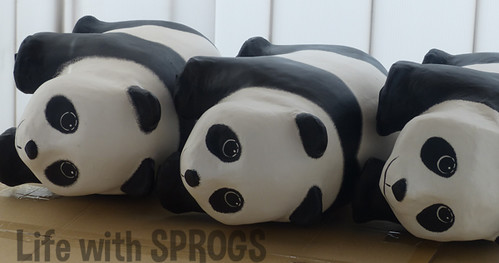 This particular flash mob decided to hang out in Victoria Park on Hong Kong Island. I was fortunate enough to turn up early and see how these precious little cuties were transported. Lying in their boxes they waited patiently as 42 by 42 they were extracted. 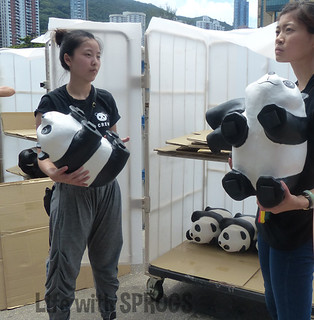 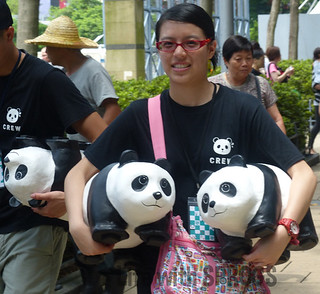 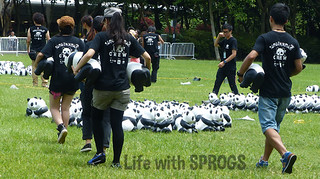 Passed out to “crew” they were carried into a field of grass in the centre of Victoria Park and placed in a specific arrangement. 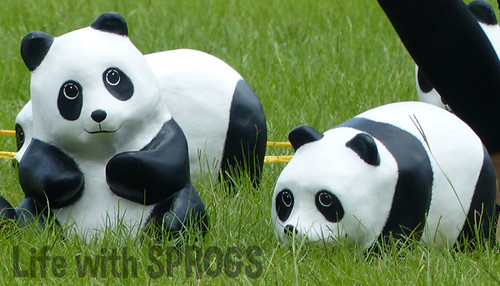 There seemed to be only two basic patterns of Panda on display, so I’m not convinced the entire 1600 were used on this grassy field. 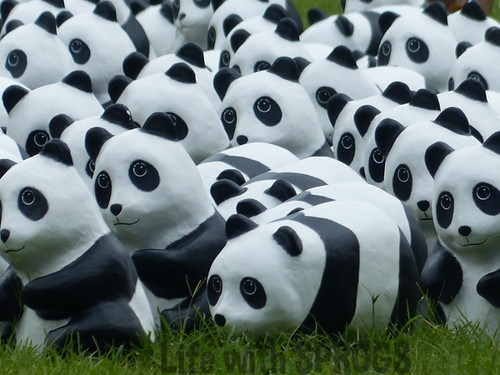 However the impact of the black and white against the lush green grass was pretty amazing. 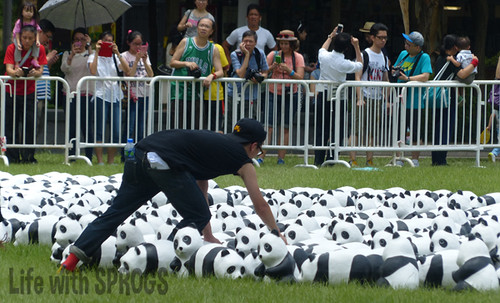 Some of the pandas were placed in regimental lines…

In fact, I would hazard to guess that if you had looked from above these pandas might have given you a message from the sky …

I’m guessing they were strategically placed to form the number 1600 when seen from the high rise towers in Causeway Bay. There were a lot of pandas and even more humans as people pushed up to the railing en mass to watch and photograph the little guys. 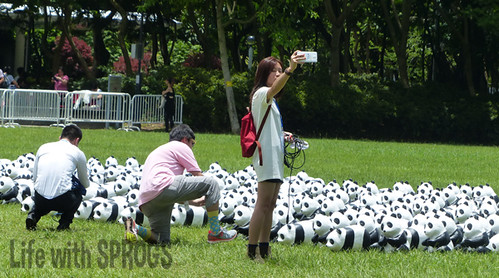 When the media was let loose to get close to the pandas (the general public had to remain behind the barriers) they took the opportunity to get those super close up shots the rest of us will envy. However it was most amusing to see this journalist go for a selfie with her phone before preparing to stand in front of a TV camera to film her news article of the event. Gotta take the op when it arises I guess. 😉

The pandas were cute, but I’m not sure exactly HOW we (the public) were supposed to HELP in any way from visiting the event. I think most people are already aware of the plight of the Giant Panda, so I was surprised WWF didn’t take the opportunity to sell products or have donation boxes to help FUND these majestic and rare creatures… the real ones in China that is.

As a one off pop up opportunity it was cute and very popular despite the sweltering heat and humidity.

The 1600 pandas will eventually be on display in Central for 3 weeks from June 25th in Central after they finish their flashmob tour of Hong Kong. Check out this website for more details if you plan to brave the crowds to go along and see them.

Are you gunna try and catch them all?