After our atrocious Shrekfast experience we ended up (at the suggestion of the Shrekfest MC) at Paradise Garden, inside the Holiday Inn, part of the Sands Casino Complex on Cotai Strip in Macau. We arrived at the garden in an attempt to get a photo of Mitchell with a Madagascar penguin.

If we had known this place existed there is no way we would have ever contemplated the Shrekfast buffet. 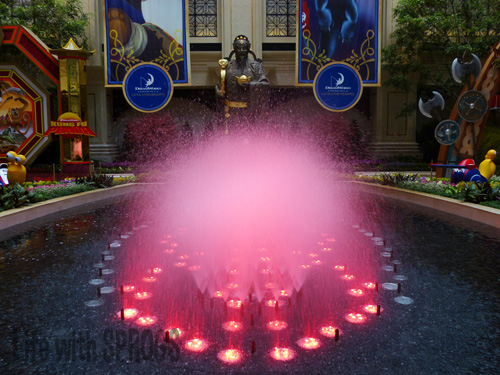 The garden itself is very pretty with a dancing waterfall in the middle of the garden area. At one end a Chinese god grants favour over the gardens. I’m also assuming he is a bringer of wealth as he holds a Chinese ingot in his hand and, well, this IS a casino we’re talking about. 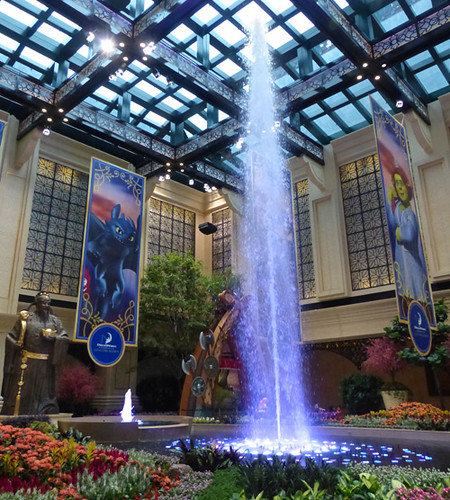 The waterfall changes colour and pattern on an ongoing basis. 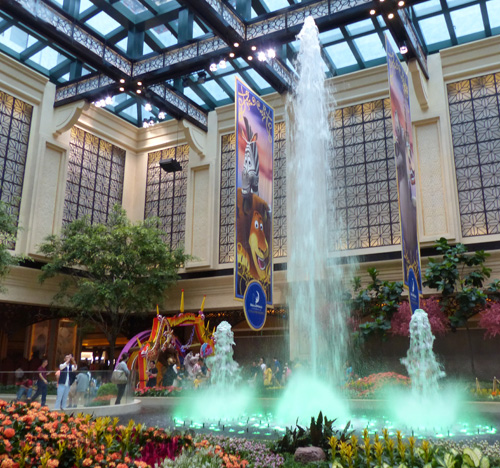 Around the garden were four areas set up to meet and greet characters from the various Dreamworks animated franchises. Shrek, How to Train Your Dragon, Kung Fu Panda and Madagascar each had their own corner set up with a display.

We initially came down here to see the Penguins from Madagascar (because of the fiasco we endured at the Shrekfest) but once the sprogs realised we could see the characters in a far more relaxed environment for FREE we ended up staying to meet a few more characters as they made their appearances. 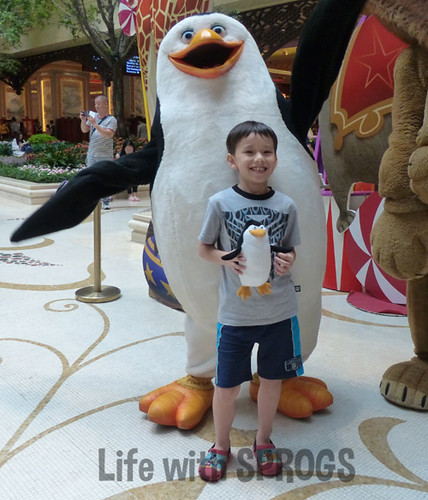 Mitchell got to have a Penguin photo. It wasn’t Skipper, but given he had obtained a Riko plushie he was happy to have a photo of his Riko with Riko! Riko, Alex (the lion), Gloria (the hippo) and Kowolski were all together in a group at the Madagascar area. We weren’t rushed to take photos, nor were we restricted to one photo per group. Such a relief it was to have some normalcy with giant stuffed characters. 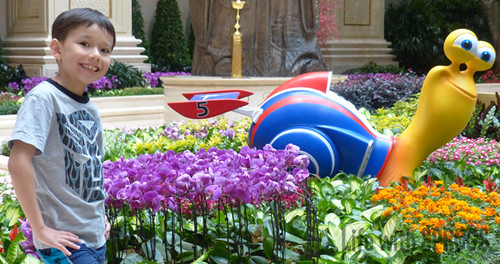 While waiting for another character to appear, the kids got close to Turbo. That snail might be fast, but not fast enough to escape Mitchell’s smile! 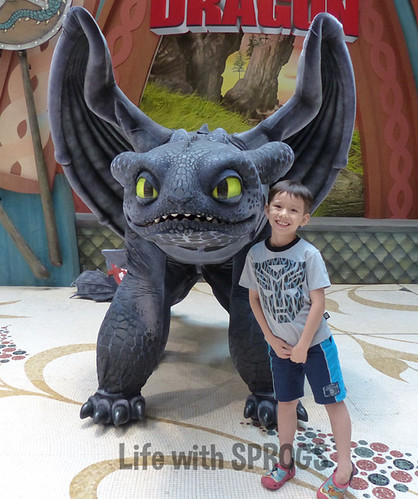 Toothless was the dragon they wanted to see. Mitchell because he had been too scared to go up on stage during the Shrekfest and Bethany because she had got her own little Toothless memento. 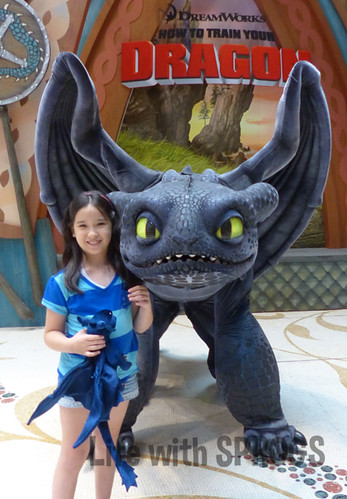 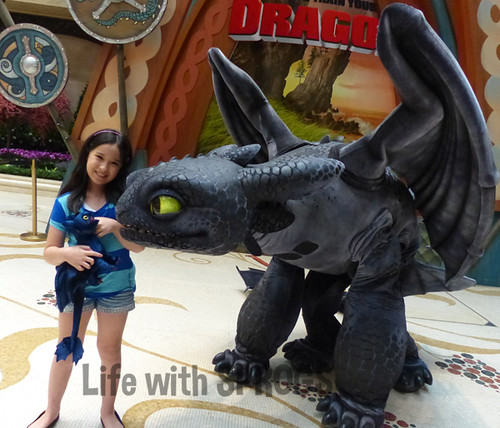 The characters in the Garden had more freedom to interact as they didn’t have staff hovering over them all the time and you were allowed to take more than one picture. YAY!

While we were there the characters rotated with one set of characters coming out every 20 minutes or so. The queues were minimal – no more than a 5 minute wait and there was no rush or restriction on taking photos.

King Fu Panda and Tigress were there along with Shrek, Fiona and Puss’N’Boots.

I would recommend this to any Dreamworks loving kid or adult who wants to spend a bit of time with some of their favourite characters. It is FREE and fun for everyone who is nearby to enjoy.