There were more than just Transformers at the ACGHK so I thought it only fair to post about everything else we saw at the Ani-Com as well. 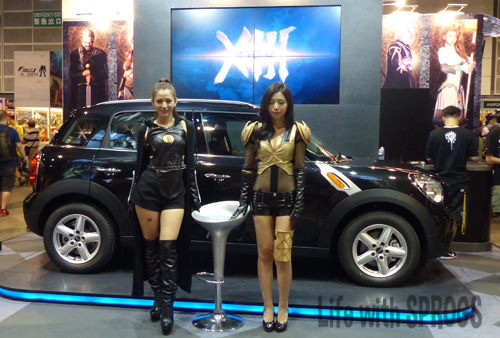 For a geek mum like me this was anime and superhero heaven. Loads of franchises I know and even more I don’t! I found it curious that many of the larger stalls had employed the services of models to stand around and look pretty. These ladies were only two of 4 models standing around looking pretty for a game called Hero XIII. I’m not sure if the game is about cars, pretty ladies or… 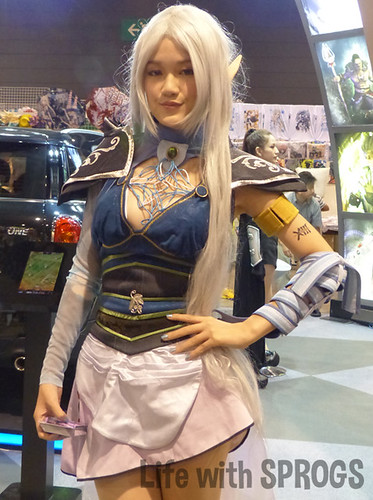 elves. This model was also part of the Hero XIII team. 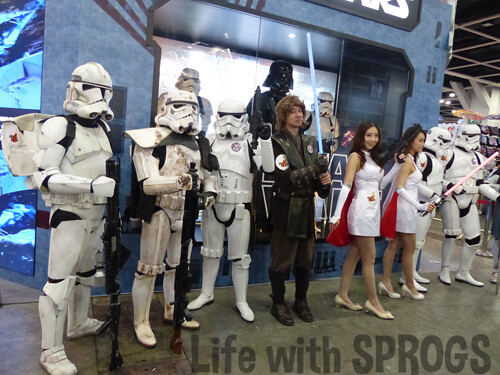 Star Wars was represented en-Force with several storm troopers and more obligatory models at the Hot Toys booth even though the majority of their displays were focused on Marvel franchises. 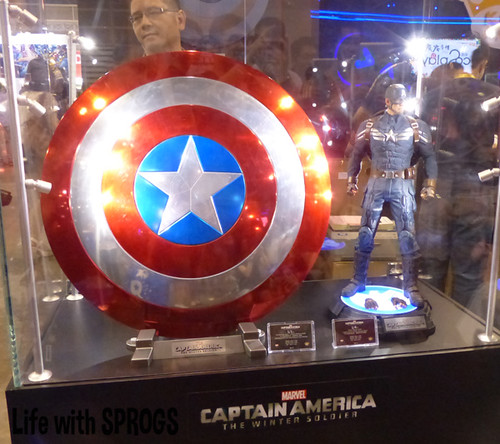 Figurines and collectable adorned booth after booth. Marvel was everywhere. I’m kind of glad I’m a Transformers/DC girl otherwise my wallet might have been stretched well beyond budget. 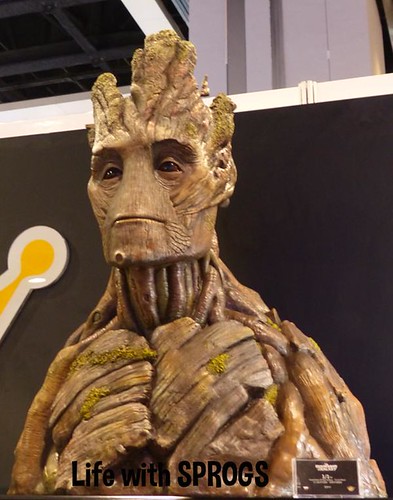 The new movie Guardians of the Galaxy was well represented, although this life sized head bust of Groot was the most impressive. 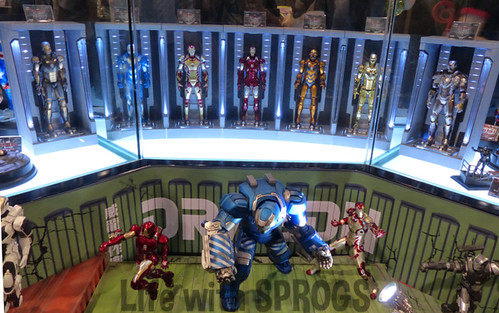 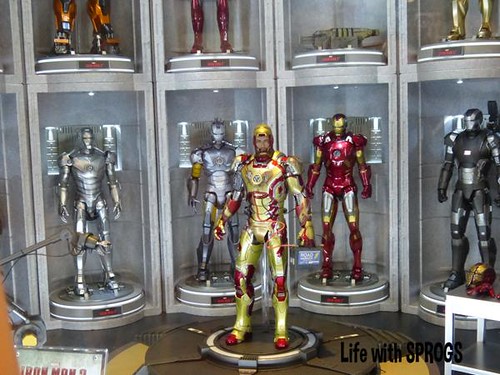 Ironman was probably the most prolific character. I think almost every figure making company had their own derivative of Ironman on display. Hot Toys had a most impressive hall of armour set up with various Ironman suits. 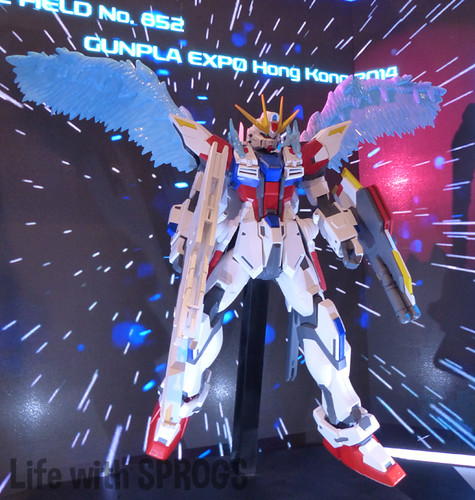 Gundam, possibly the most popular anime/manga in Hong Kong had a number of booths and huge displays. This human sized Gundam was floating in front of a giant screen. It was the most impressive display of the whole convention. 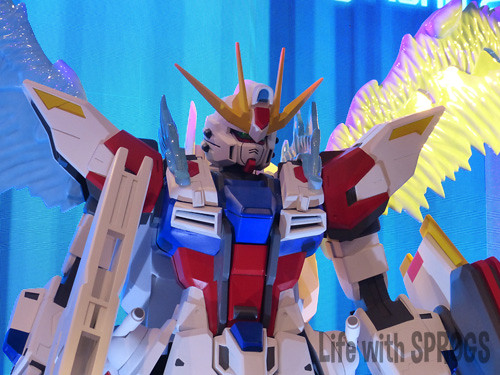 What I love about Gundam is that unlike many of the Transformers statues you see, Gundam statue makers seem to pay a lot more attention to detail. We HAD to stop and admire this guy. 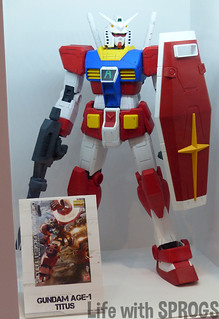 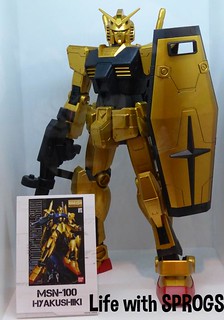 There were so many Gundam models and figurines on display we were truly spoilt for choice. These larger than normal models took the same base but showed the different paint jobs on a huge wall of the Bandai stall. 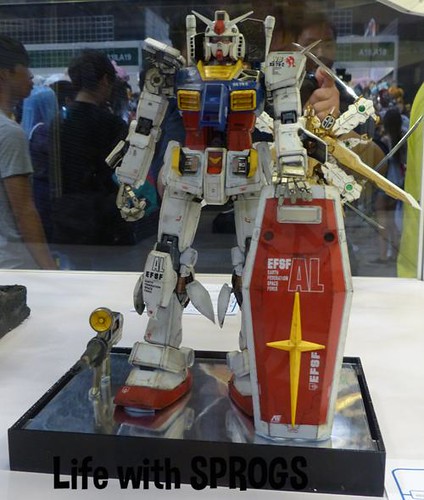 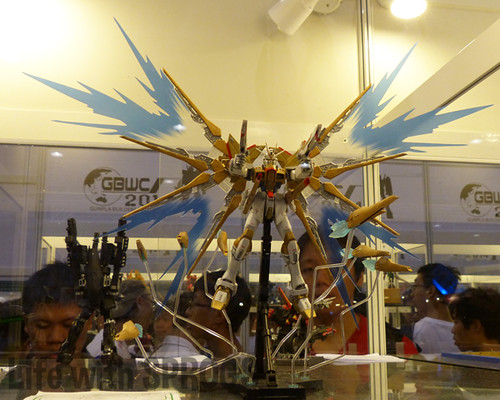 There was also a display of customised Gundam designs, and I suspect it was part of a competition. Some of the customisations were simply stunning. Even Bethany commented on the time, patience and talent that would be needed to create them. 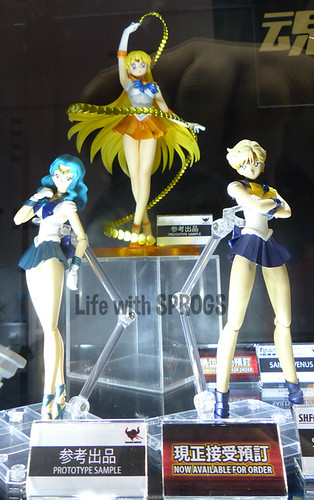 Bethany was pleasantly surprised to see several Sailor Moon figurines on display. Sailor Moon is celebrating its 25th Anniversary this year, so quite a few special edition figures and items to celebrate the show are coming out, including a rumoured remake of the original TV series. Sailor Venus encircled by her love chain was fabulous. 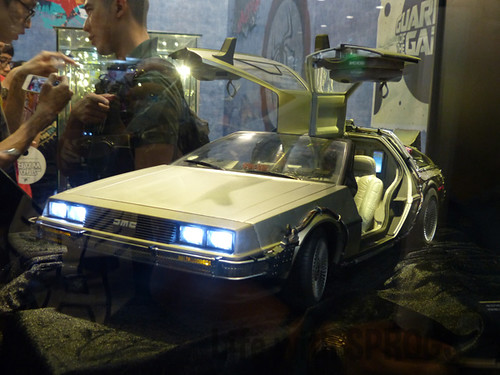 I was pleasantly surprised at the number of movie figures for sale and on show. The clear winner was the Delorean from “Back to the Future” that Hot Toys had on display. 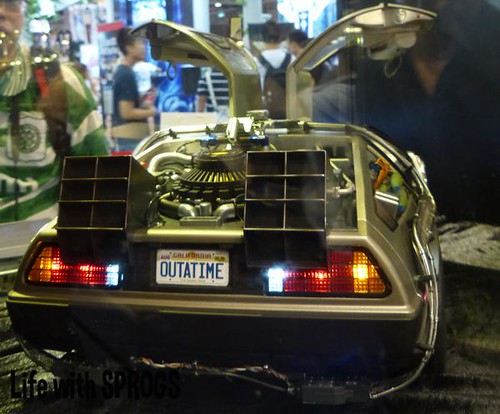 The detail on the car, inside and out, showed that unlike Transformers, someone had taken the time to do their research on this scale model. 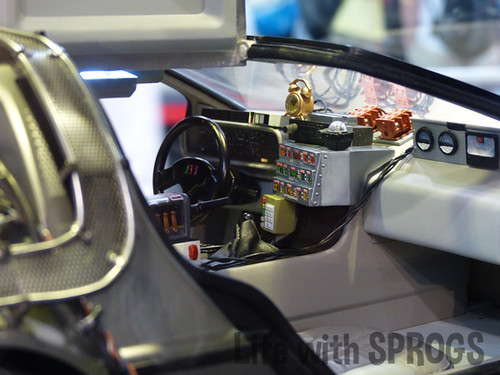 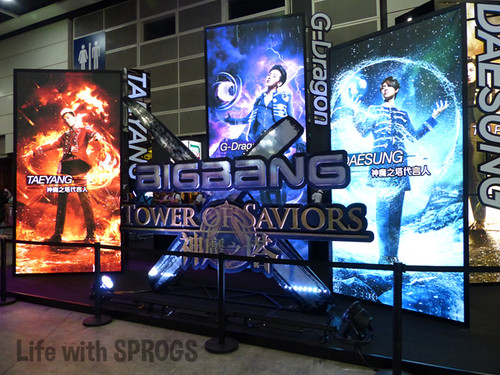 This convention covers Anime, comics and games. On the games front Playstation and Xbox had huge displays set up with equally huge crowds trying to get into them. Others just had large displays, such as boy band BigBang. I guess you know you’ve made it when you get your own video game right?! We skipped the gaming booths because of the crowds. 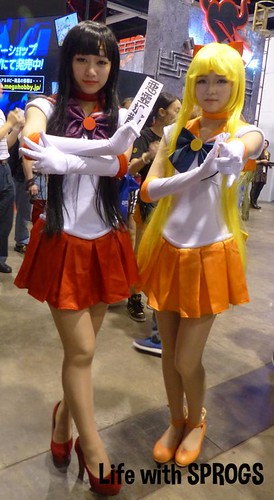 The other huge draw for the ACGHK is the CosPlay. As expected, there were numerous fans dressed as their favourite characters roaming the floor or participating in various competitions, games and stage events. Bethany became shy when she saw Sailor Mars and Sailor Venus. I was delighted to see one of her favourite anime, despite being 25 years old, proudly represented right down to Sailor Mars paper charm weapon! 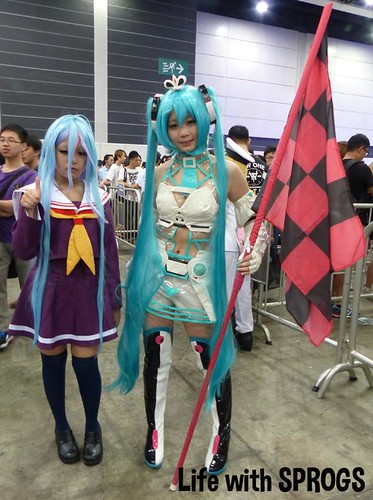 The colour and fun the CosPlay brought to the event was an added bonus. Most of those who made the effort to dress up were proud of their costumes and delighted when I asked if I could take a few photos. 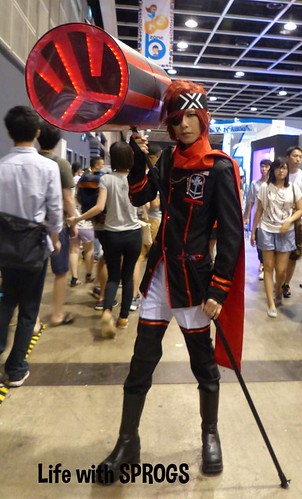 Hong Kong might be a city of fast pace and finance but the locals still know how to have a bit of fun and dress for the occasion. I could have stayed all day to watch the spectacle and the variety of CosPlay at the convention.

I loved the Hong Kong Ani-Com convention. It was a bit smaller than I expected, but to be honest I didn’t know what to expect except crowds. There were indeed swarms of crowds. We had to skip the Lego booth as the queue to get into it encompassed the entire booth but despite the large number of people most were quite civilised and very little pushing or shoving took place. I think it also helped we went on the first morning of the Convention as the crowds were building up as the day went on. I imagine the weekends would have been even worse. Now I’ve had a taste for the fun and spectacle of ACGHK I will definitely be in line to go again next year and so will Bethany!

Want to see a few more photos from ACGHK 2014? Click here for my flickr album, or here for the Transformers ACGHK 2014 pictures.