Tin Hau is a mecca of restaurants covering a number of different cuisines. Given the opportunity to try out a restaurant serving one of my favourite – Indian – I leapt at the chance.

Palki Indian is a small restaurant with tables tightly packed in and barely any room to move. The atmosphere buzzed with people talking as a constant stream of customers filled the tables. Thankfully we had booked a table ahead of time as the restaurant was booked out on the night we went.

The air conditioning was unable to cope with the packed restaurant. The air was warm the entire time we were there. When we asked if the air conditioning could be turned up we were told it was already running at maximum. The staff were attentive when you ordered, but after that weren’t interested in much aside from serving the food and getting you out so the next group could come in. It didn’t bother me too much as Hong Kong isn’t known for the customer service in restaurants and I’m used to it but I can see the setting and service irritating customers who aren’t as tolerant. 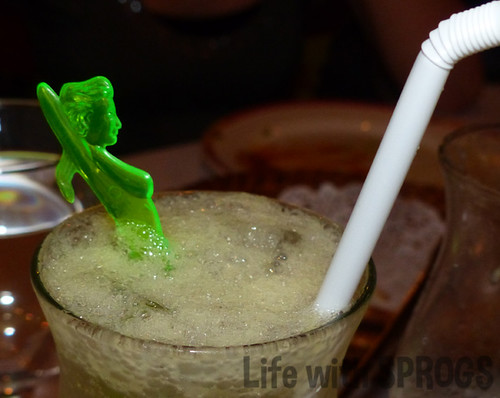 When my lime soda arrived the stirring stick (yes folks – that IS a naked lady bathing in my drink) should have been warning enough of what was to come, but alas I always hope for the best when I eat a cuisine I consider a “food of the gods”. 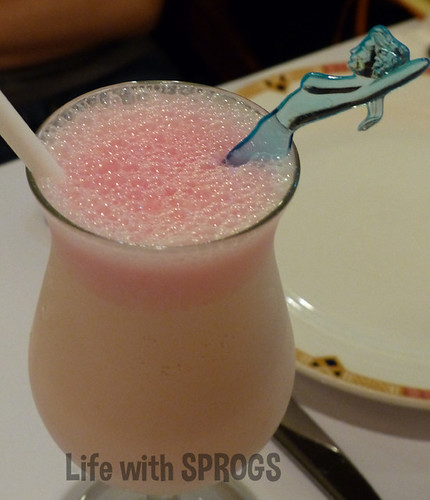 The restaurant offered mango, strawberry and mixed fruit lassi. The lassi were ok but not noteworthy. The strawberry was slightly nicer than the mango although the naked lady soaking in it… um… we could have done without her.

As I was with a group we got to sample quite a few of the dishes so lets have a look at how they stacked up. 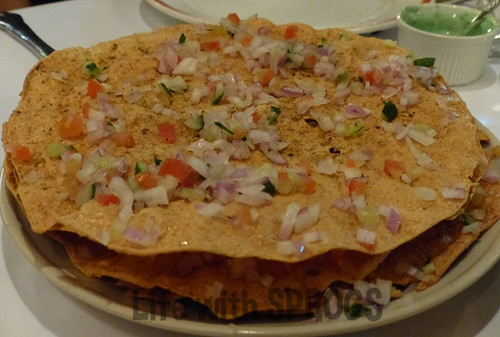 Masala Pappadum. The papadum and ingredients were nice and fresh. There was a good balance of onion and cucumber on the papadum however very little tomato. Overall it was a refreshing starter.

Chicken Tikka. Served on a hot plate it came out sizzling. Some pieces of chicken had bone (in fact mine was more bone than meat). The meat was nice but there was too little of it to really appreciate.

Lamb Samosa. These were dry and overcooked. Very disappointing. The filling crumbled out when cut into. They were hard to eat as they were so dry it felt like eating small pellets of paper.

Lamb Seekh Kebab. Again this dish was dry. So much so that it fell apart on the plate. The flavour of the lamb was overwhelmed by spices and I had to soak mine in mint sauce to eat it. 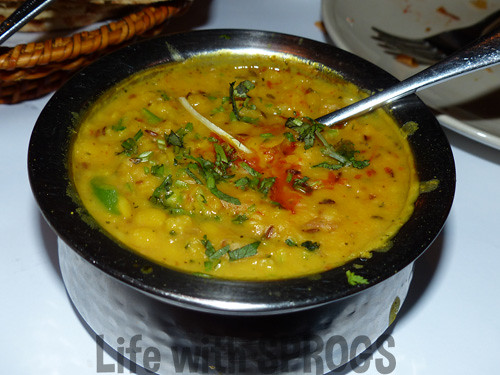 Tadka dal – Yellow Dal. There was no tomato in this dal and hardly any seasoning. Some of the dal was still hard and undercooked. Even I can make dal, so I was really disappointed by this; a dish that is normally one of my absolute favourites. 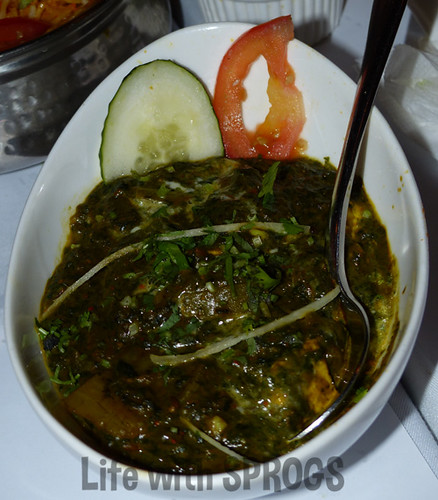 Saag Paneer. This spinach curry with Indian cheese (paneer) dish was alright. Not good, not great, just alright. It had too much cardamon in it and that took away from the creaminess of the spinach.

Murgh Tikka Makhani aka Butter Chicken. Uh oh. This dish tasted like an American roast chicken sausage. It didn’t taste authentic or Indian at all to the point it was barely edible. The smokiness of the chicken overwhelmed all other flavours in the curry.

Jeera Rice: This was a nice compliment to the curries. It had the right balance of seasoning and was enjoyable to eat despite being a little clumpy. 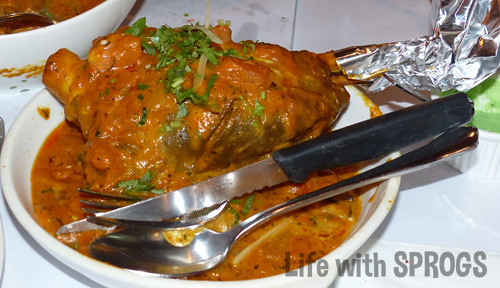 Lamb Shank Curry. The meat on the shank was tender but nowhere near falling off the bone. The flavours of the lamb didn’t blend with the sauce. It tasted like a piece of lamb with a simple sauce on top of it. Disappointing. 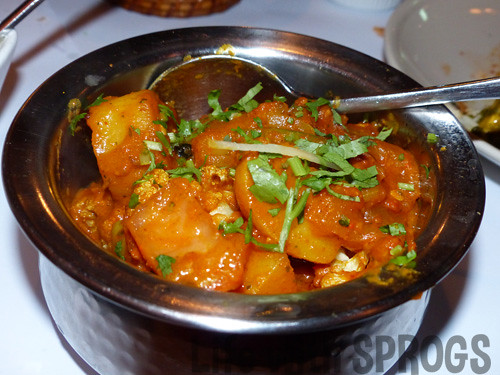 Aloo Gobi. A potato and cauliflower curry that had a good blend of flavours. It was well cooked and nicely seasoned. Possibly the best dish on the night.

Prawn Makhani. This dish was very sour to the point it tasted more like a Thai curry. Prawns didn’t taste very fresh. Another let down.

I kept hoping this restaurant would have a dish that delivered something full of amazing taste and authenticity. Unfortunately I just ended up becoming more and more disappointed. The group of people dining with me agreed the food was mediocre at best.

Got a restaurant you think I should check out in Hong Kong? Let me know!