I love models. When I was a teenager one of the small delights I enjoyed outside of homework and writing was sitting down with a pile of moulded plastic bits and figuring out how to glue them together correctly. Mostly planes, occasionally boats and sometimes cars… but mostly planes. Unfortunately my family didn’t see the value or time and effort in them so most of them are smashed, ruined or damaged, but needless to say I am not a beginner when it comes to plastic model construction.

Moving to Asia I discovered models are a HUGE pastime here. The majority of the models are Mecha (Japanese robots and the like) and I love them. Models have evolved a whole lot since I was a kid. Nowadays they normally don’t need glue or paint and the stickers don’t have to have a special adhesive. Despite the fact most models clip together it doesn’t necessarily make them any easier.

I came across an Optimus Prime model based on his Peterbilt version in the first 3 movies and couldn’t help myself. It’s a model, it’s a giant robot … it’s OPTIMUS PRIME!! 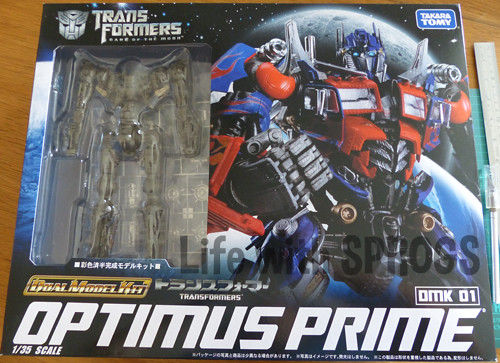 I knew from my exposure to the Transformers Collector fandom that this model was both challenging and rewarding as one of the best looking out of the box models of any of the Mecha so I was quite excited to a) find it at a reasonable price and b) give it a go.

Takara Tomy were kind enough to give you the skeletal structure already constructed. 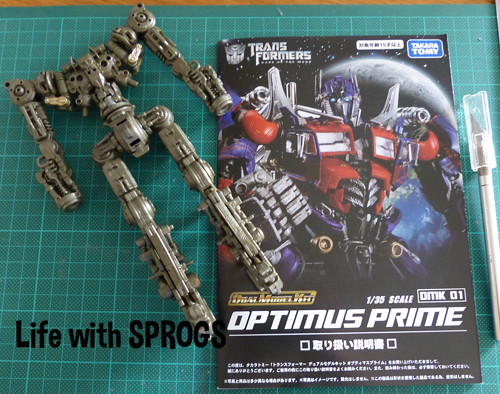 I wouldn’t have minded making it from scratch but I also didn’t mind that I already had a base foundation upon which to build. To be honest the biggest challenge is that the instructions are all in Japanese. Thank goodness it also has pictures! 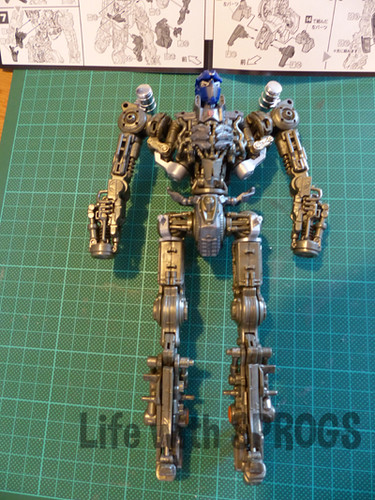 First came the head, then the feet, hands and the piping work within the chest. 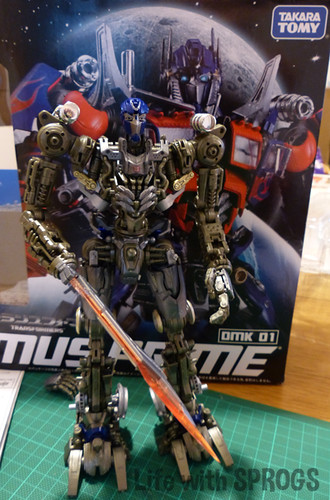 The chest detail was fiddly, but once completed gave a real truck robot look to the chest area. 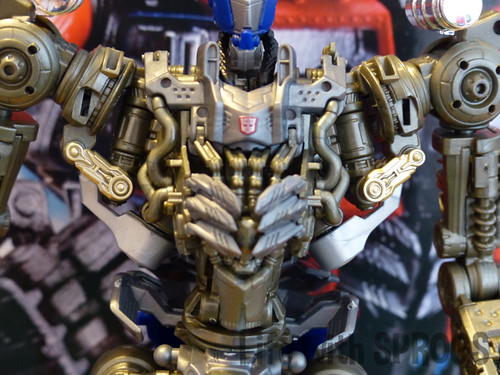 Unfortunately that intricate detail was quickly covered up by the exterior chassis panelling and truck doors. 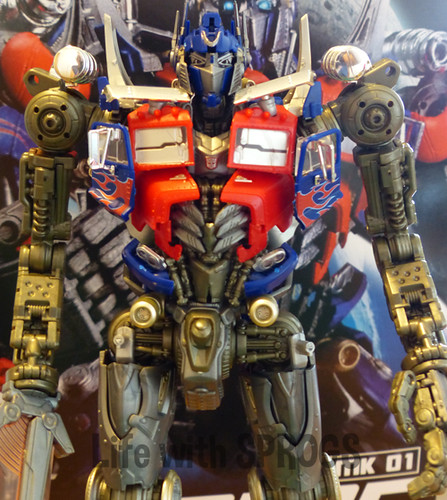 For me, the truck doors were the hardest part of this build. No matter how I tried I couldn’t get the windows to stay in place for longer than a few seconds. I’ve read from others they also found the chest area the most complicated part to put together. With his shoulders and finials finally in place on his head he slowly started to look like the leader of the Autobots. 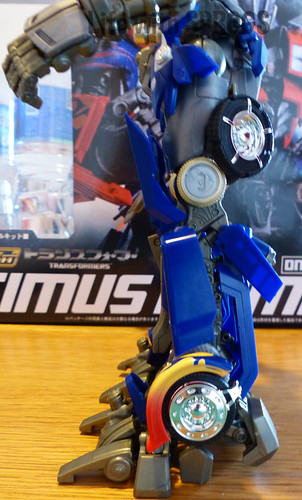 One thing I really do love about this version of Optimus Prime is that he looks like a robot that turns into a truck. His truck features are prominent and bold. Just look at those wheels and the rim. 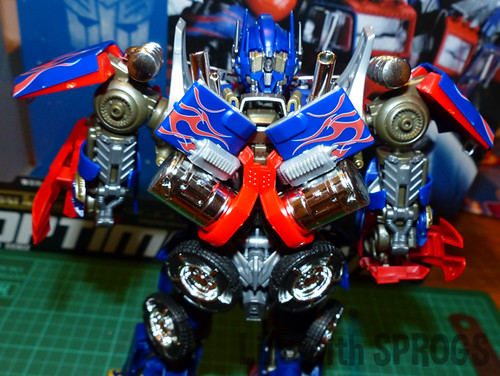 The back and arms came last. Even the back had a lot of nice detail that matched up well to movie Optimus. Check out those chrome fuel tanks and exhausts!

And here he is… complete! 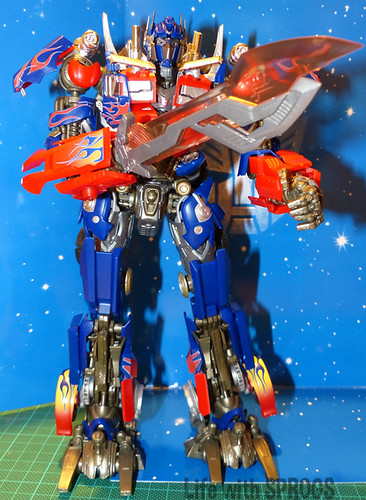 He took me about 3 days on and off. There were some points where I just had to walk away in frustration. I had to file down a few of his connectors to make pieces fit and those doors… ugh… those doors! But overall he looks AWESOME!

By constructing Optimus by hand, bit by bit, you get to build an appreciation of how complex he would have been to model on the the computer in the first place.

If I could build models all day for a living I would! I love seeing a creation come together!