We’re living with significant transport disruptions in Hong Kong at the moment. An Occupy Hong Kong movement have taken up blockades in a few locations around the city in an attempt to get their message heard, and encourage change. 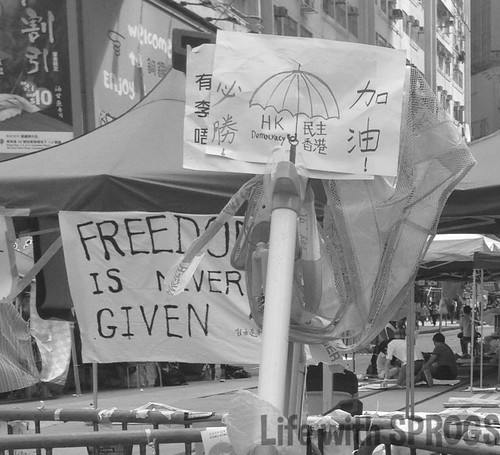 It is an inconvenience but it is also an act of freedom and thus it provides an interesting conflict in one of the safest cities in the world.

Ironically the protesters aren’t ransacking buildings. They aren’t stealing anything. They aren’t using violence. There are no fires or crazy people running riot with cricket bats.

They are sitting and blocking major traffic routes patiently waiting for their demands to be listened to and considered. So far … 16 days. They have organised their own first aid stations. They are doing their homework. They are teaching others self-defence and newtons second law of physics (I kid you not!). They are picking up their own rubbish and even have recycling stations set up. They are apologising to the public for the inconvenience. It is something I have never seen or heard of anywhere in the world.

The first few days threw the city into turmoil. Schools were cancelled, and traffic was blocked up for hours in ways we’re never experienced before. Police used tear gas and tempers and emotions were frayed as a city unused to violence became choked with shock. Since then the police and protesters have co-existed with only minor incidents. The city is still struggling to survive with its major thoroughfares blocked but persist – Hong Kong, and all its people whatever their opinions, does.

This week I thought I would show you some imagery from the Occupy in Causeway Bay. The times I have been past (it’s in the middle of a major shopping district so I can’t help but have to go past it) it has been quiet and peaceful.

Today, I share some of the signs that have been left on the barricades. I hope you find them as fascinating as I did. 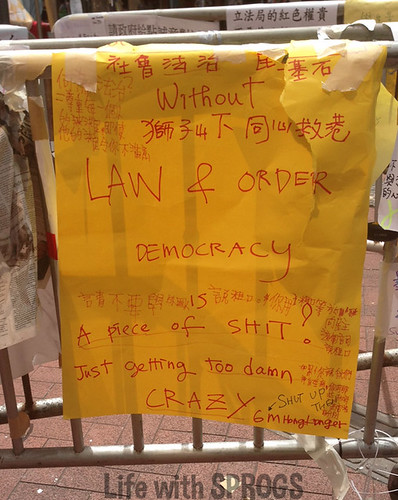 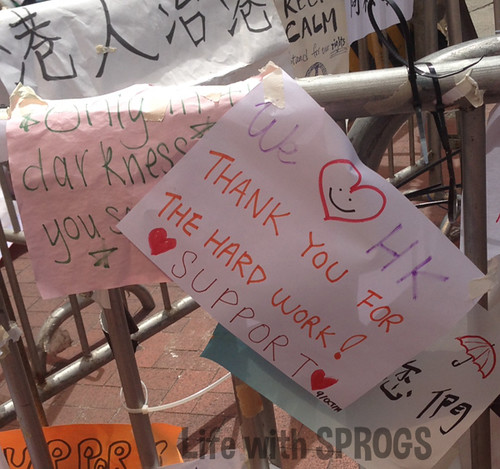 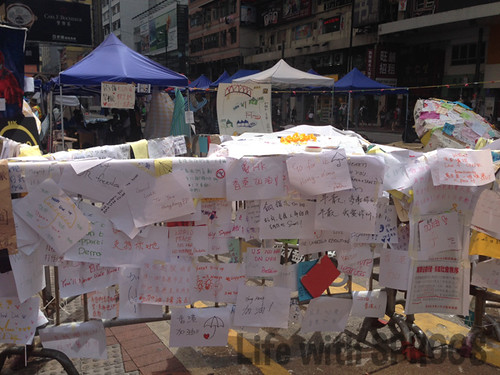 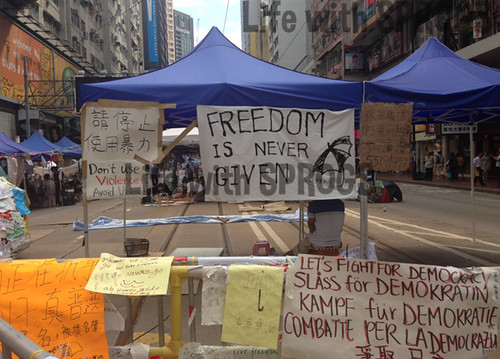 2 thoughts on “Signs of the Times – Causeway Bay”