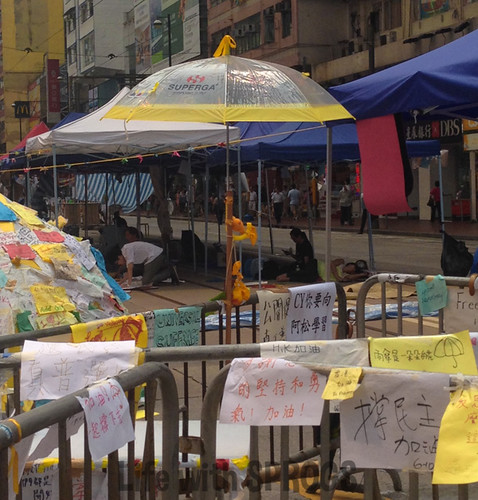 Lining the occupied streets are umbrellas – left as a sign of strength, defiance, protection, and now the universal symbol for the protesters cause. 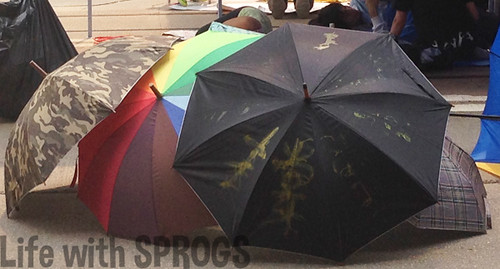 Yellow is the colour of choice but all colours from all backgrounds seem to have congregated with the protesters. 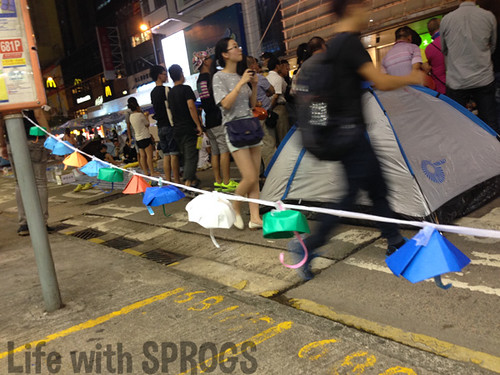 Causeway Bay’s umbrellas have been joined by a legion of origami umbrellas strung around the protest area. Hong Kong people, despite living in such a business oriented city are truly creative. 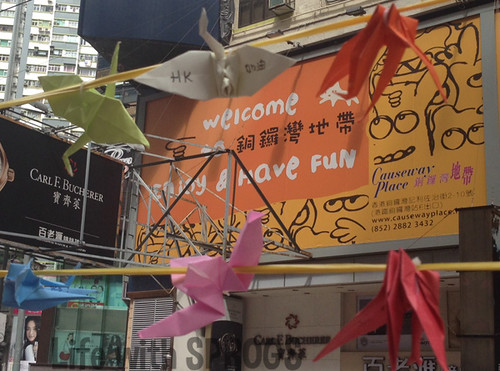 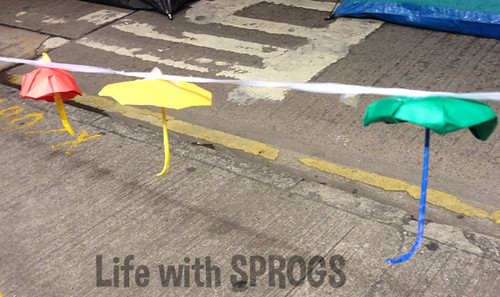 It is a pop of colour and decoration that brings some crafty livery to the streets along with traditional origami cranes that I assume symbolise peace. 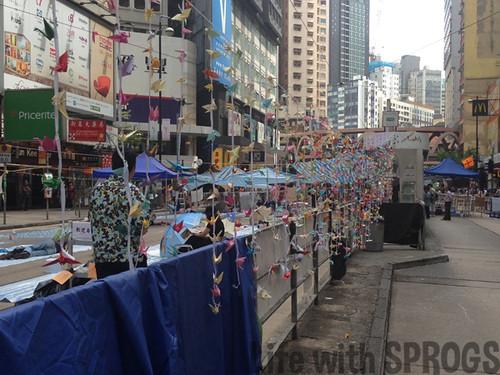 Strings of cranes hang in Causeway Bay – hopefully a good omen that whatever happens everything will remain peaceful.

Regardless of how this ends, the umbrella will remain as the symbol of what happened here in Hong Kong in 2014… rather apt given Hong Kong people use their umbrellas rain or shine…