Some of you might know, I collect Optimus Prime.

One of my latest acquisitions I adore and really want to share with you all. You see he’s Optimus, and he’s Prime but that’s not all. 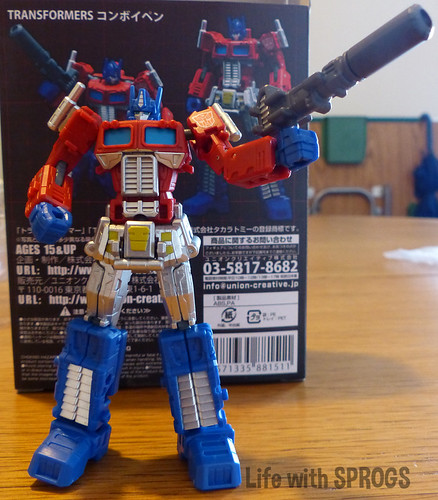 Can you guess what optional extra this little leader of the Autobots is packing?

This guy is small compared to most Optimus toys (he’s only 11 cm tall) but he has to be to fit into the palm of your hand. 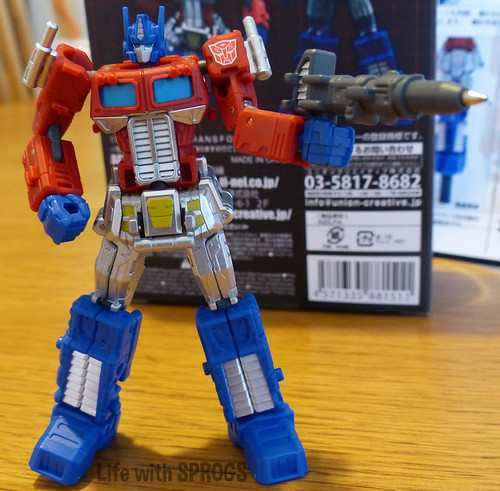 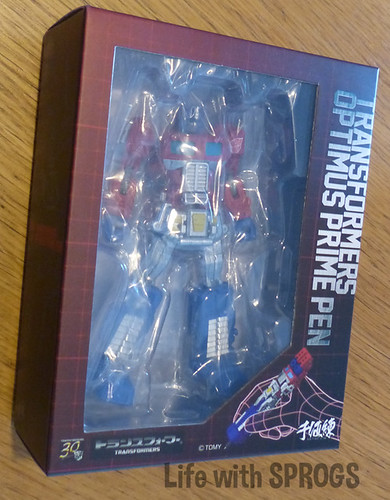 He transforms from Optimus into a pen. How awesome is that!

I love novelty and this guy ticks that box. Unfortunately the pen isn’t a flat nosed freight-liner but I can forgive that. 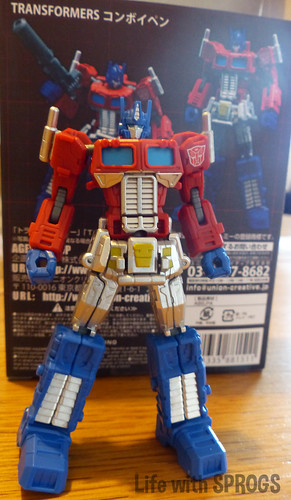 I also love the fact this guy is a nice representation of G1 Optimus Prime that is small enough and portable enough I can display him anywhere. He’s surprisingly articulate and has strong detailing. He is such a nice piece I don’t want to transform him into a pen – he’ll be displayed in all his robot glory.

He’s licensed to Takara Tomy so you won’t find him in the Hasbro section of your toy store. Another marvel of awesome Japanese engineering! I’m really thankful a lot of the Japanese Transformers merchandise is sold here. I’m pretty sure it would be impossible to find in Australia.

Is it too much gimmick for you?

What do you think of the fact he doesn’t transform into a truck?