Age of Extinction produced an innumerable number of new toy products to the Transformers franchise and the odd one or two stranger items that I’ve been adding to my ever growing collection.

One thing I LOVE about living in Asia is the number of officially licensed yet seemingly obscure and often rare finds I get to come across. 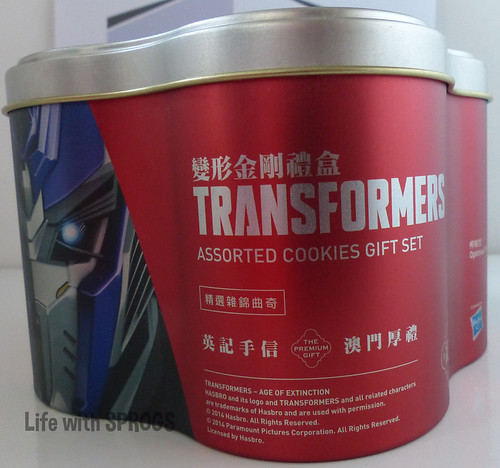 This isn’t as out there as the Korean face masks, it is only a cookie tin after all, but it is one of the only Age of Extinction cookie tins I’ve seen so far and it was officially licensed by Hasbro and produced in Macau. 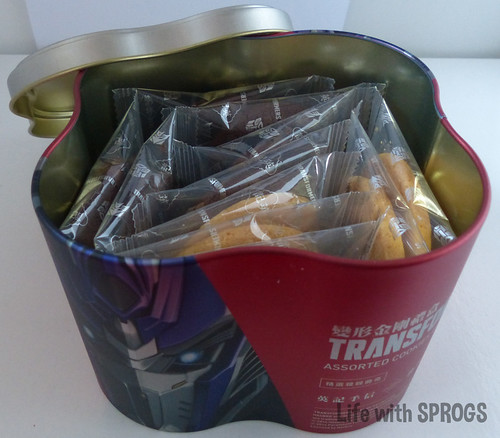 I’m not sure how exclusive these tins are but there were two other tins in the set – Bumblebee and Lockdown. As I only collect Optimus I “refrained” and stuck to the one character I collect despite the temptation to get one of each character. Each tin comes with a batch of individually wrapped biscuits (cookies). 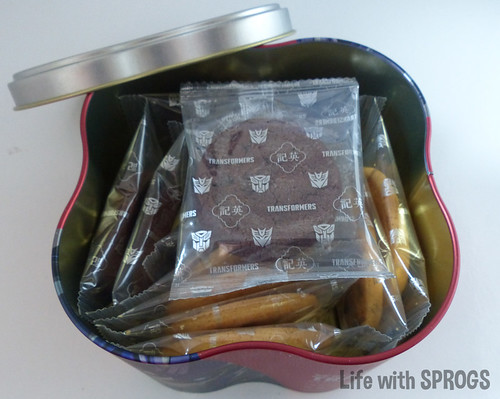 Both the Autobot and Decepticon faction emblems are represented. I find this a nice touch as the Autobots get a lot of publicity (and certainly a lot more toys) but without the Decepticons there would be no Autobot cause so both deserve some recognition in merchandise. 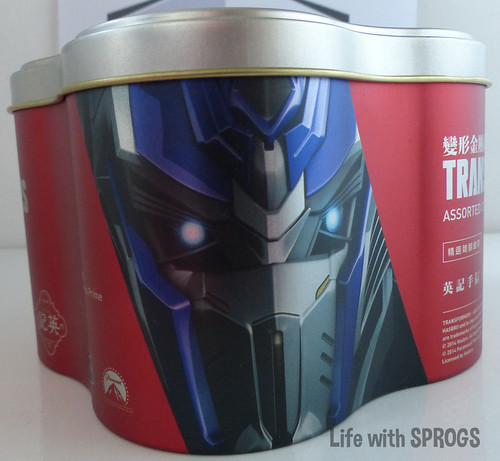 The tin itself has a dulled metallic sheen to it which fits in perfectly with the Transformers look, particularly that of Age of Extinction. Optimus’ eyes almost glow as they stare out at you.

I’ve never seen these cookie tins anywhere else other than in Macau at the Transformers Expo that was held in 2014. (It has now moved to Singapore for a short time… if you go and see these cookies there let us know!)

As for the cookies themselves? They were just PRIME!