Since igniting my passion for collecting all things Optimus Prime I have discovered there is more than meets the eye to Transformers. Sure, you can collect the official Hasbro or Takara Tomy release toys you find in your typical toy store but here in Asia there is also a HUGE market for what are referred to as “third party” toys. These toys may or may not be licensed by the big guys like Hasbro and are made by independent toy designers and manufacturers. This offers a diversity of choice to those of us who collect like we’ve never had before!

I’ve only just recently discovered Fewture Models who produce this but I REALLY like what I see and feel. Take a look and hopefully you’ll see what I mean. 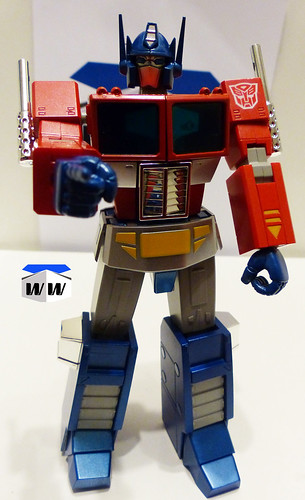 This guy is a very fine example of what Optimus looks like when made in metal. Yep – that’s right – this guys is metal. He’s heavy and he’s chunky but he definitely ain’t no monkey!

He doesn’t transform but WHO CARES! Why would he need to when he looks and feels like the Prime we all love from the 80’s cartoon? 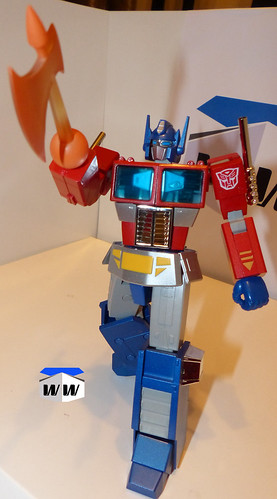 He is posable and comes with interchanging hands as well as his trusty battle axe hand. In fact, for a metal figure he is a lot more posable that I expected him to be and that makes him addictive. 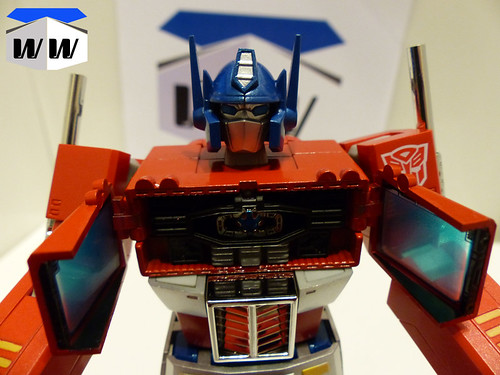 As with any good Prime his chest opens to reveal his Matrix of Leadership which can be removed… but I never do cuz… there is only one Prime worthy to have the matrix in my books and it looks fine exactly where it is. 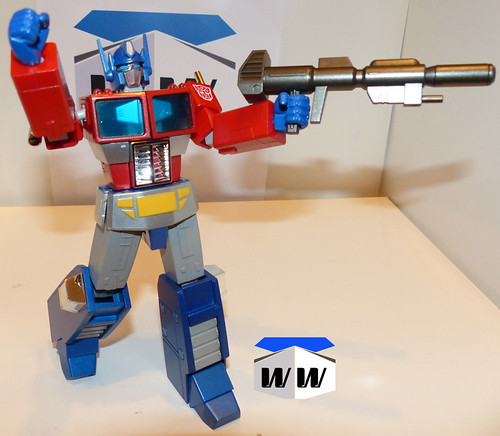 Ion blaster in hand Optimus is always ready to take on Megatron and those evil Decepticons.

As much as he is a display piece, I can’t help picking Optimus up and posing him. I love the fact he has weight behind him – he FEELS like a robot that turns into a truck and if I wasn’t so worried about how fragile he probably is he would definitely be leading the charge when I play with my kids.

I am discovering more and more I really LOVE the third party toys – the only real problem is the price. Most third party figures are far more expensive than a normal Transformer toy. This Optimus Prime isn’t cheap but when you have him in hand you can see and feel why.

Do you collect third party figures? or are you purely a Hasbro/Takara Tomy collector?