So now that we’ve tackled the important bit of Ani-com (Transformers), let me show you a few pics from the rest of the show.

This post is basically going to be a plethora of photos celebrating the glory of geekdom so prepare for an image intensive overload.

I’m going to start with the *cough* figure *cough* that seems to have made news headlines around the world. 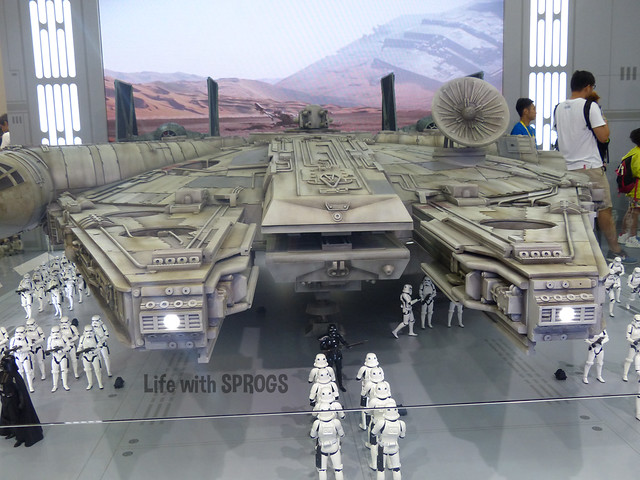 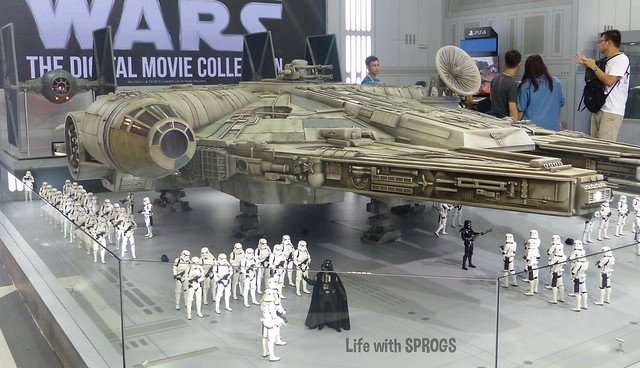 This thing is HUGE as you can probably see for yourself if you scale it against the people behind it. You would seriously need a 2 car garage to store it. It was larger in floor space than a regular car. I can’t bear to think what the price tag on it will be. It was a figure to behold and probably deserves the accolades as the show stealer for the entire ani-com. Just the Star Wars booth alone had queues of up to 1/2 an hour or more to walk past it. 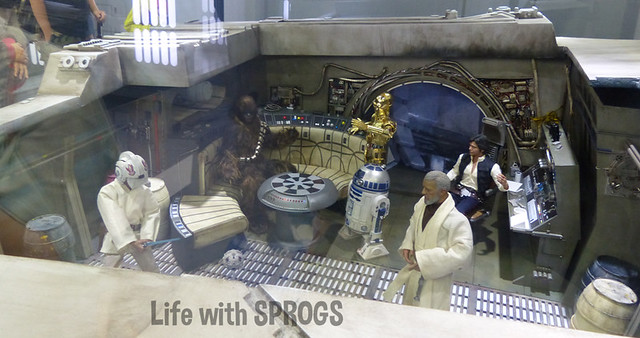 Hot Toys went all out this year with their Star Wars display. 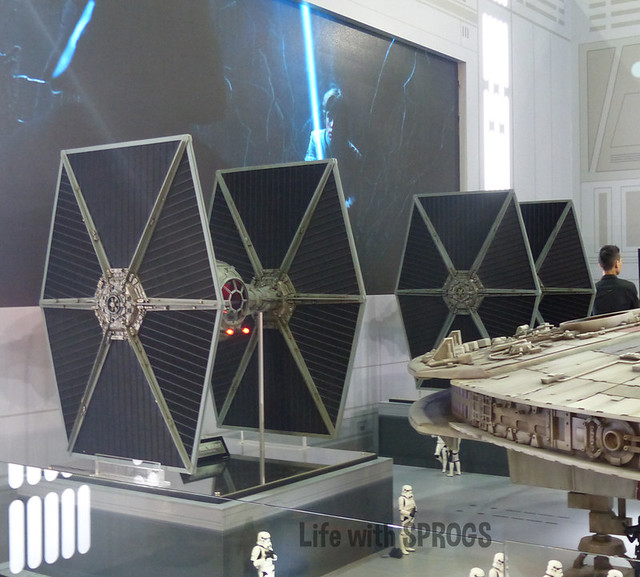 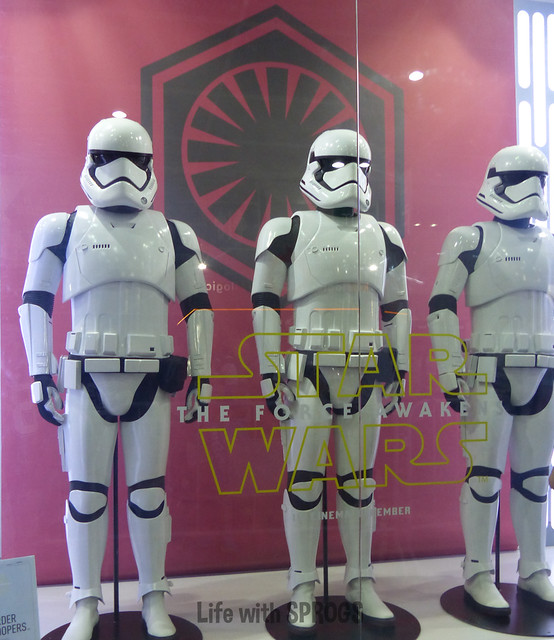 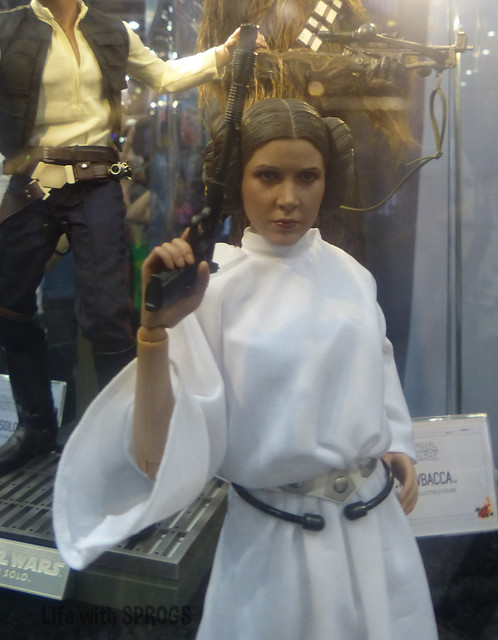 From ships to life sized storm troopers to beautifully detailed characters they really had it all covered. I’m SUPER glad I don’t collect Star Wars or I would have been taking out a second mortgage just to afford their figures alone!

They had a section dedicated to Marvel as well. 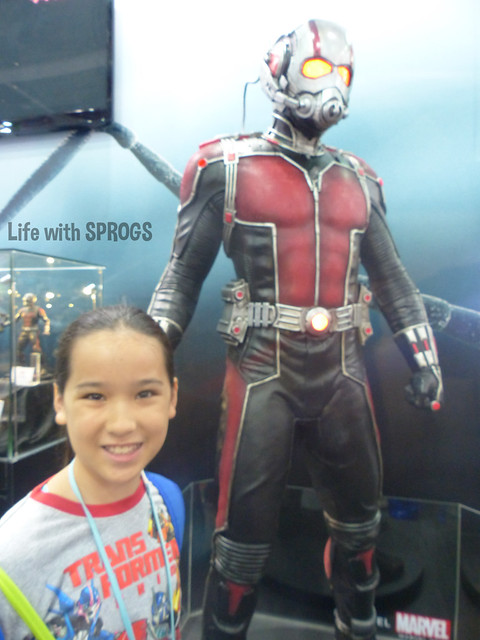 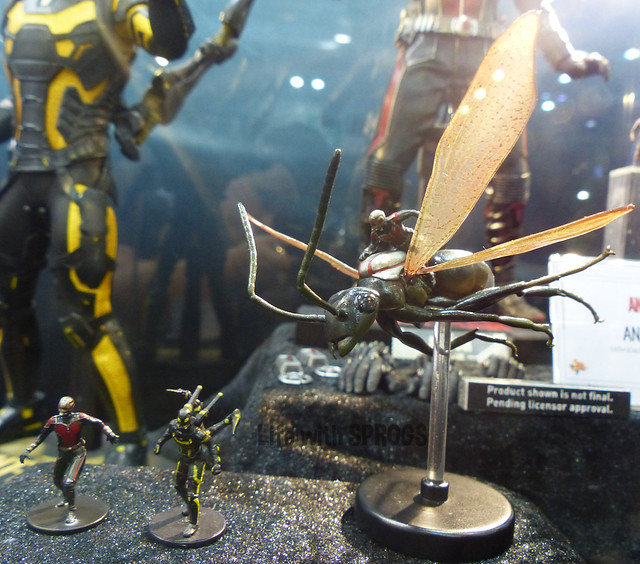 Ant man was represented both in full sized and ant sized form. 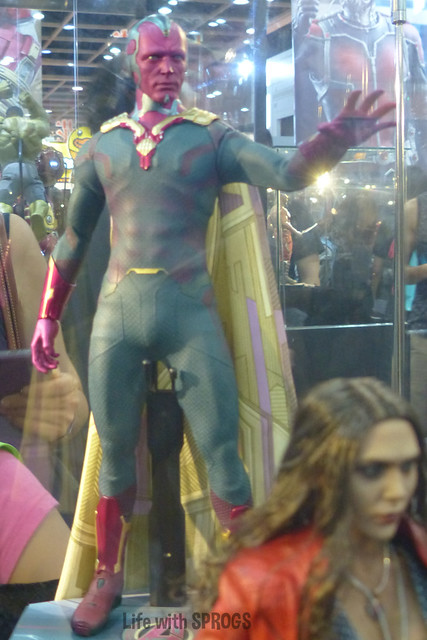 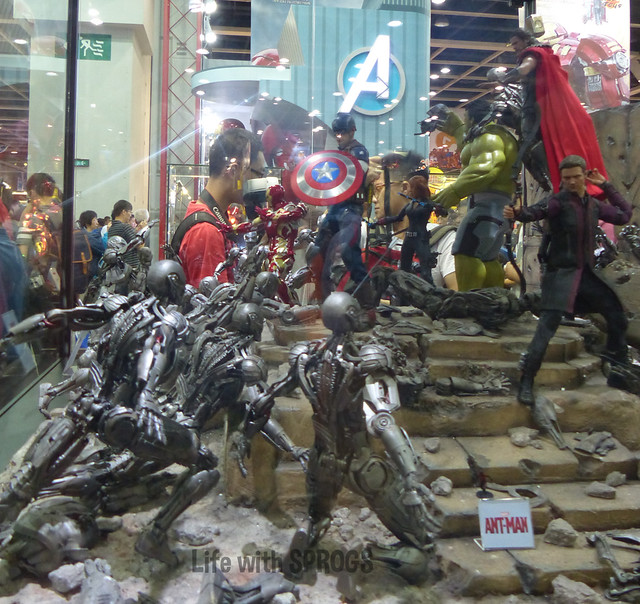 And the Avengers didn’t get forgotten either. 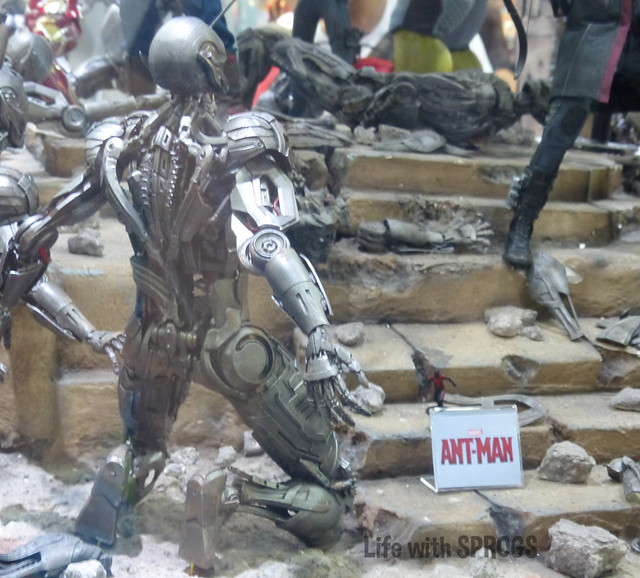 They might have even got a little extra help in their final battle against Ultron that we didn’t see… (did you spot him in the photo of the Avengers above?) 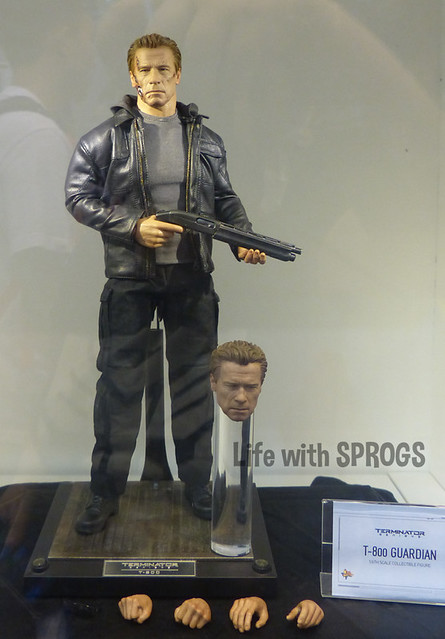 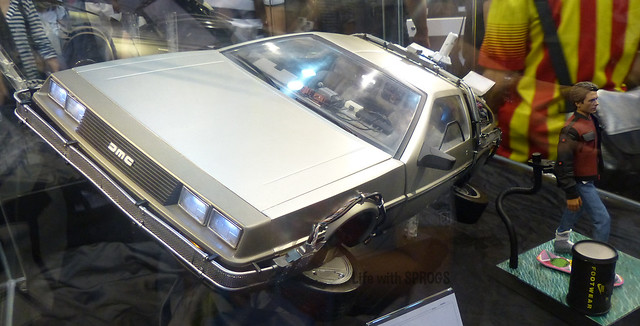 Hot Toys also had a separate booth showing off some of their other movie franchise goodies such as Terminator Genysis and Back to the Future. 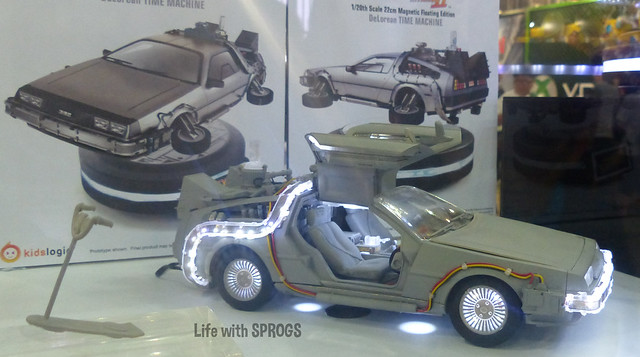 Interestingly, Back to the Future was also a drawcard for Kidslogic who had a prototype floating (yes FLOATING) DeLorean on display. 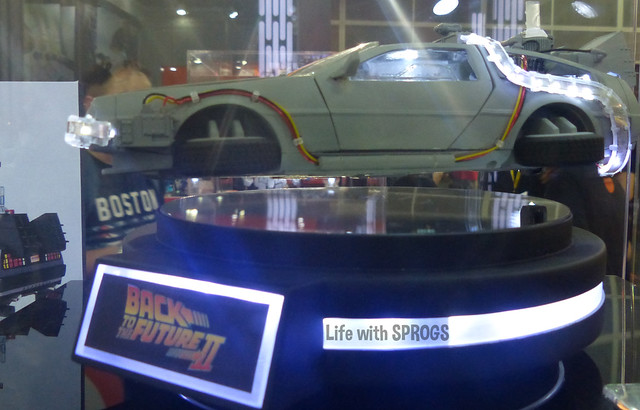 Watching the car float around over it’s base was very cool in a lava lamp kind of way. It’s produced via magnets and would certainly make an intriguing conversation piece. I’m excited to see the finished product (our household is a sucker for Back to the Future). 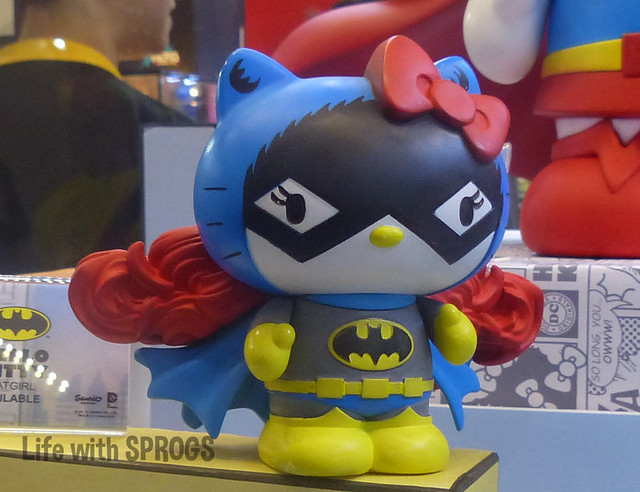 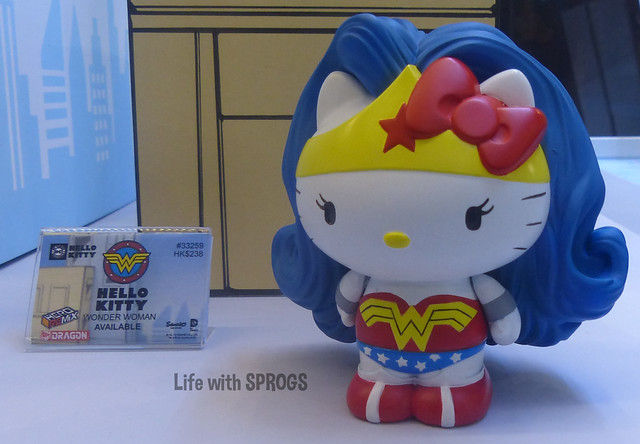 Hello Kitty joined the party this year dressed up as DC superheroes. 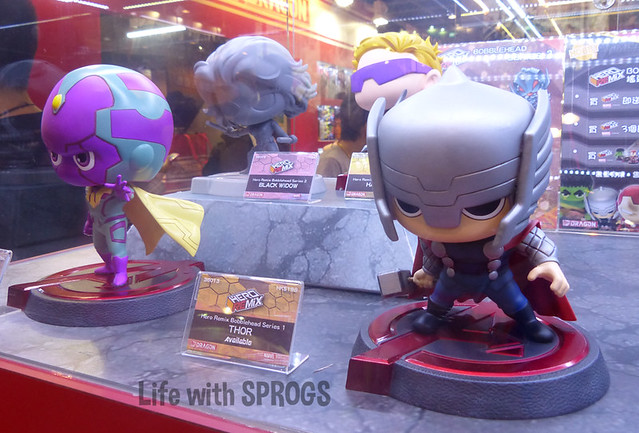 Cosbaby figures were very prominent too.
This little guy was roaming around too cute for words… 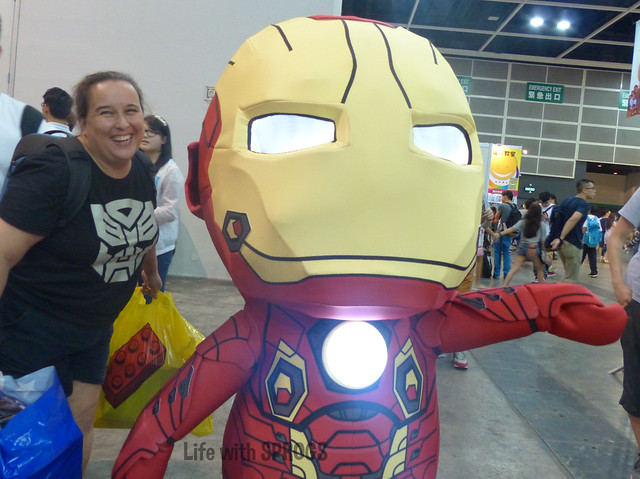 Can you say “Awwwwwww”.

Speaking of Cosplay, this guy wins the award for most time consuming effort to maintain his costume: 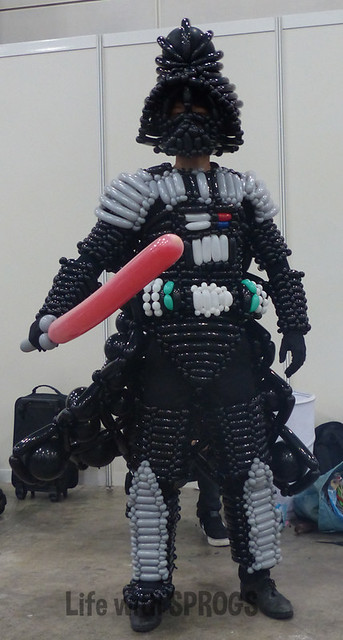 He had someone constantly pumping up balloons to be added to maintain his suit. Yep – that’s balloons people and that’s commitment!

Unfortunately I didn’t get pictures of any of the cosplayers this year. Between the crowds and trying to swing by as many booths as we could we simply didn’t get time to click photos (and those we did get didn’t do the costumes justice). The cosplay this year was dominated by Japanese anime – particularly lots of ears and tails (last year it was lots of swords and robes). No Transformers (other than the Hasbro models) but there was a tribe of Spidermen casting their web around the expo.

Lego had 2 displays. In conjunction with XBox they had “life sized” Minecraft. 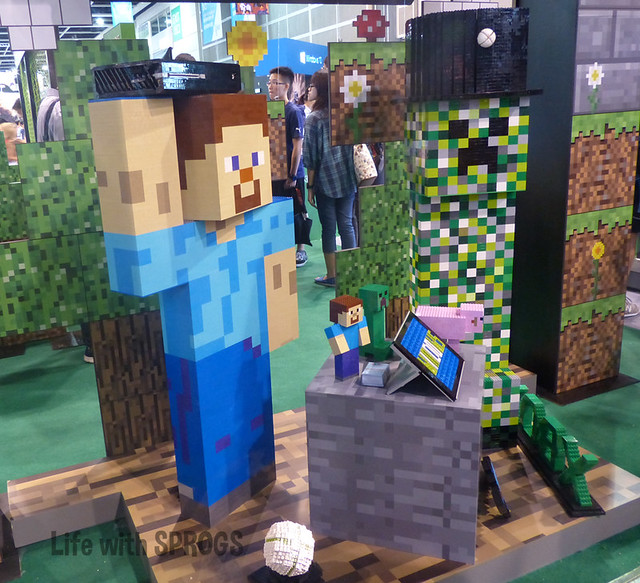 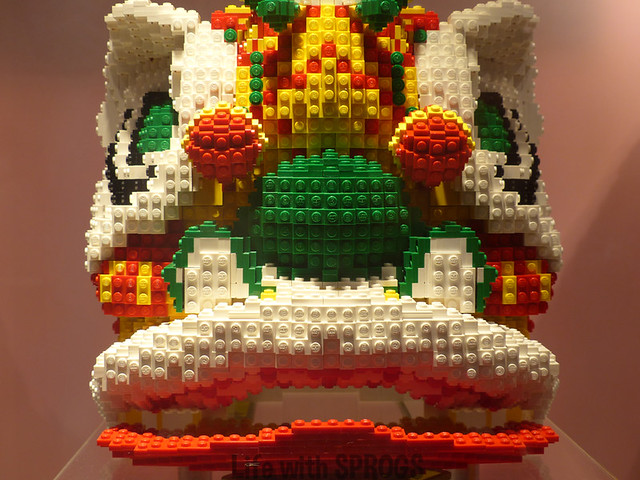 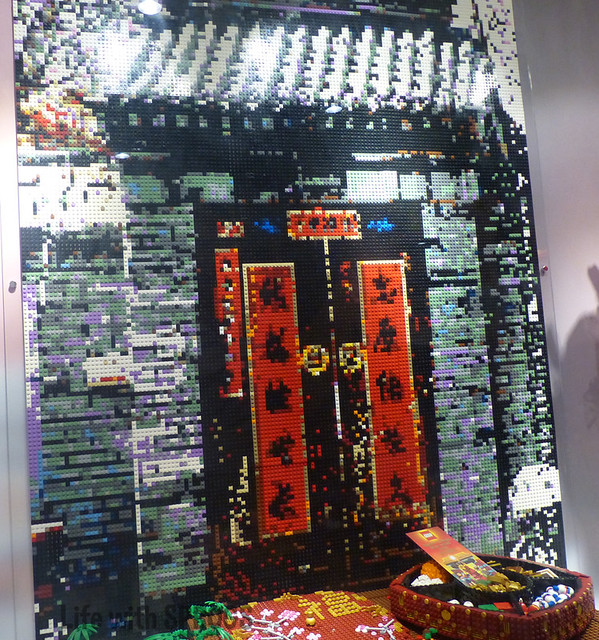 At their booth they showcased artist works using their bricks in creative and artistic ways. We spent the longest time queuing at the Lego booth. It was small inside, so a little disappointing after such a long wait, but I also have to acknowledge their shop in the booth was literally being sucked dry so the selection of purchasable collectable sets diminished quickly.

Back to more figures… 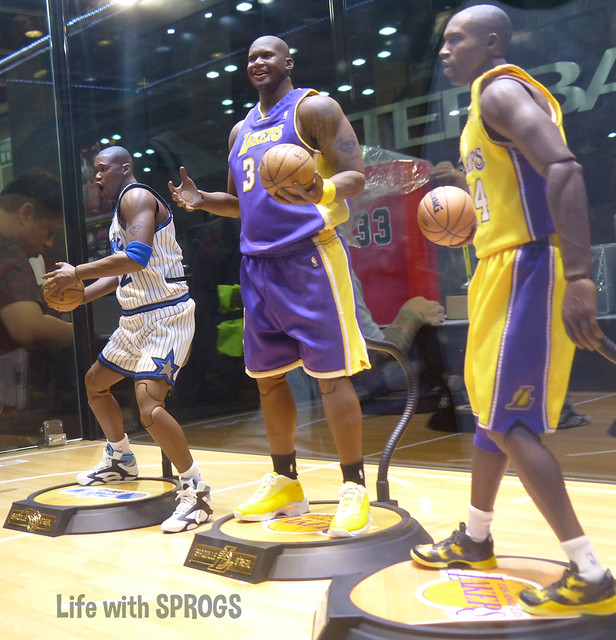 Enterbay had huge queues lined up to buy their basketball figures which were proving extremely popular with the locals. 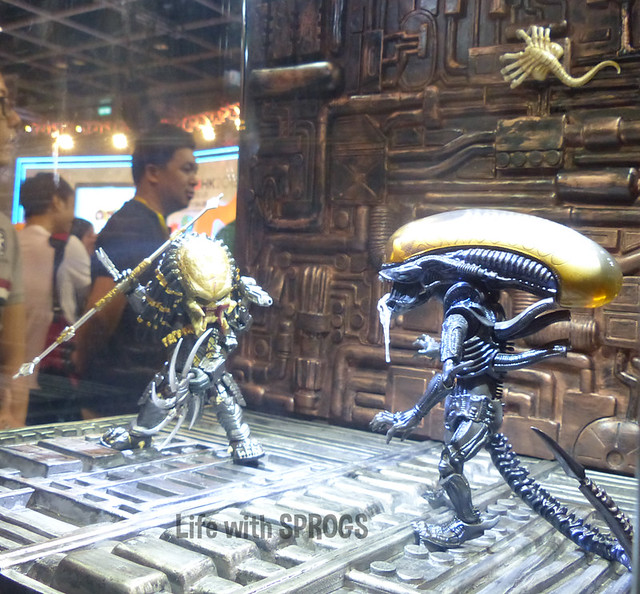 Us kids of the 80’s really are spoilt for choice when it comes to reliving our movie memorabilia… Herocross not only has Predator and Alien but also my favourite “stupid” movie badass robot: 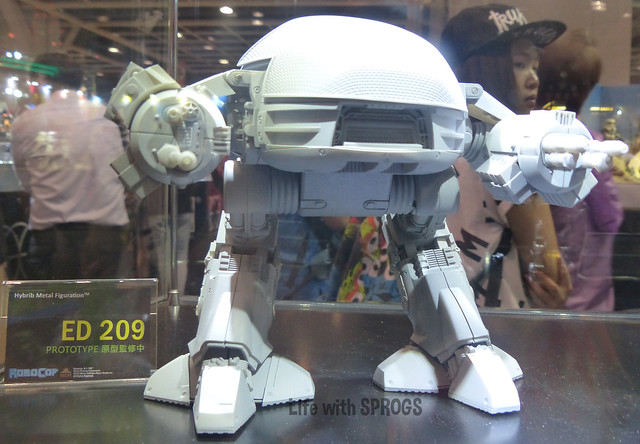 Good old original ED-209. “I’ll buy THAT for a dollar!” (I know ED doesn’t say that but I couldn’t resist.) Finally, no visit to ani-com is complete without a visit to the massive section dedicated to Gundam. 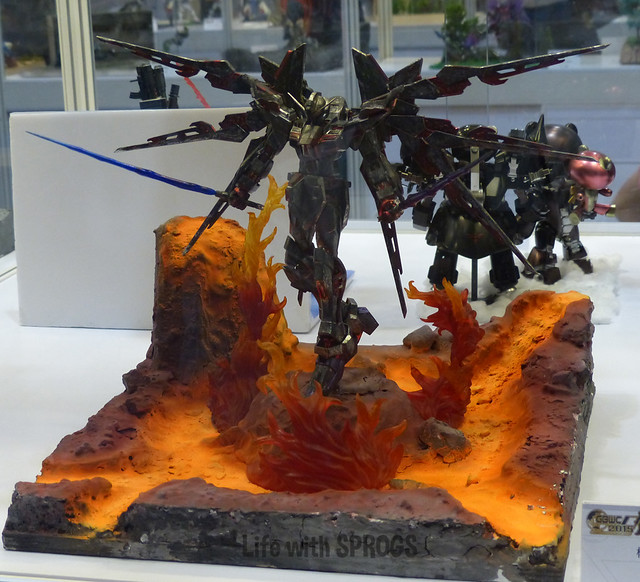 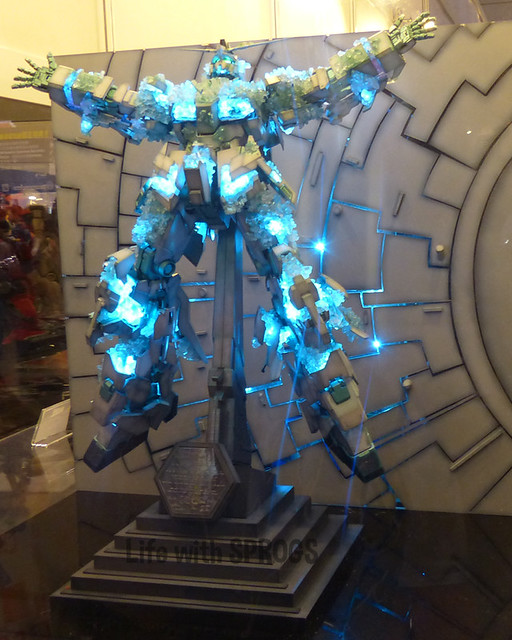 Most of the Gundam figures are made by fans and my photos don’t do them justice. To browse through their various figures is an afternoon in itself! 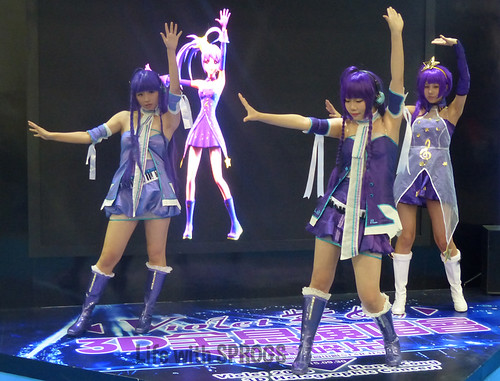 There is so much more to this show and I could spend posts going through individual booths but hopefully this gives you a small taste of what was on offer this year at ani-com.

Do any of those figures tempt you? (and I’m not talking about the models dancing in time to the 3D hologram)