Remember when you were a kid scouring the shelves of a toy store and coming across something and begging your parents “PLEEEASEEE Can I have it???”

Well – This guy was one of those moments for me. There isn’t much cooler than a giant stomping Dinosaur looking robot that transforms into a military base.

Of course being a girl and times being what they were my folks would always say “NO!”

But now that I’m grown and have 2 excuses… er I mean… kids sometimes I finally get to say “YES!” 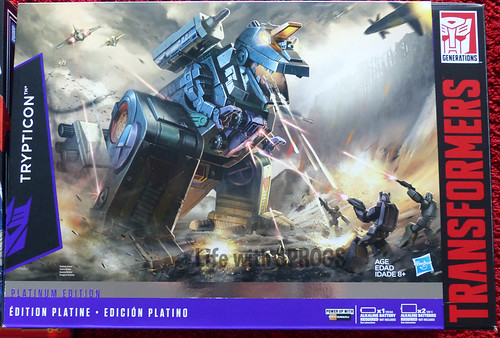 Trypticon was re-issued as a Platinum Edition toy set in Asia. As soon as my son saw him on the shelf he HAD to have him and who am I to say no. We came to a deal where Mitchell used 50% of his pocket money and I put in the rest giving both of us equal ownership and Trypticon would get to sit in my sons collection when not in use. My son was so enamoured with the box he couldn’t put it away and he’s made it part of his display case. I can’t say I blame him. Can you? 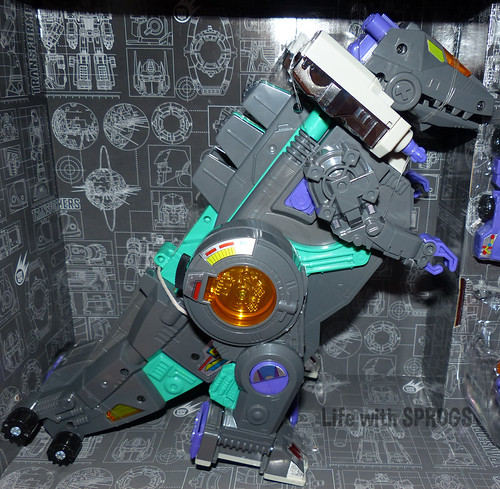 In the box he stood in all his close to original green and grey glory. “SOO COOOL” I heard from behind me as my son eyed him off while I detached Trypti (as we fondly call him in our household) from the box. 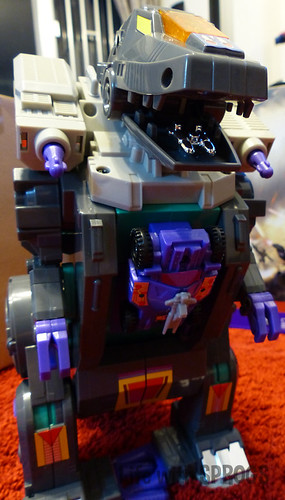 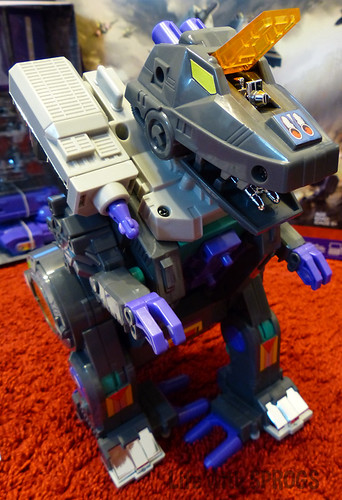 One of the fun things about Trypti is he comes with lots of different accessories you can change his look slightly. 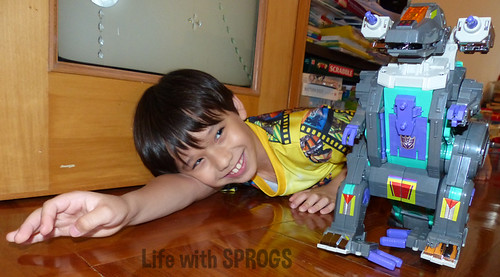 My son’s favourite thing about Trypticon is that unlike most other Transformers this big guy MOVES on his own. That’s right – he has the old style battery powered walking motion popular in the 80’s which allows him to stomp up and down the corridor in quirky and ominous steps. Slow and methodical; when you’re a big metal monster like this guy if those in front of you don’t get out of the way you blast ’em… and if they STILL don’t get out of the way you STOMP ’em. 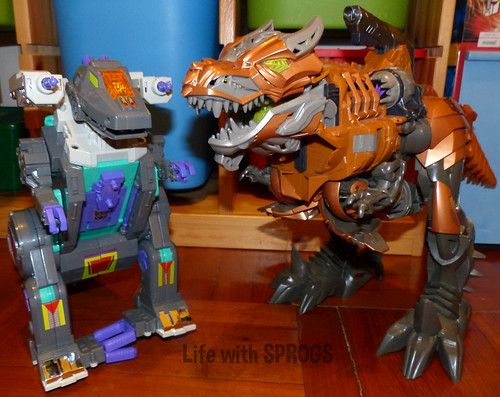 Stomp’n’Chomp (featured to the right) is slightly larger and much simpler than Trypticon. Trypticon is (as far as I’m aware) the same size as his original 80’s release so the reality is if they were scaled properly Grimlock would be much smaller. Unlike Stomp n Chomp Grimlock who is stompy in name only Trypticon will push other stuff out of his way ON HIS OWN. He even comes with a warning for those of you sporting longer hair styles… 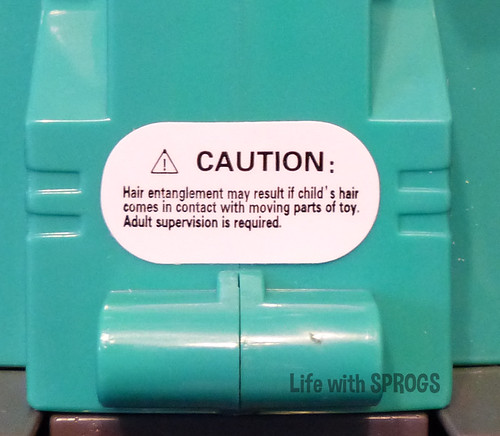 Does anyone else think it would be kind of funny to see a long haired child being pulled along by Trypti?

Now as I mentioned, this big hunk of dinosaur plastic DOES transform. And again just to be different from most other Transformers he turns into a base. 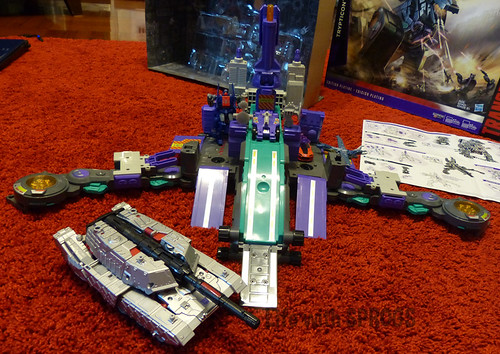 He has lots of platforms and weapons, ramps and parts that move perfect for legion sized Transformers to use to attack or defend against Autobots. 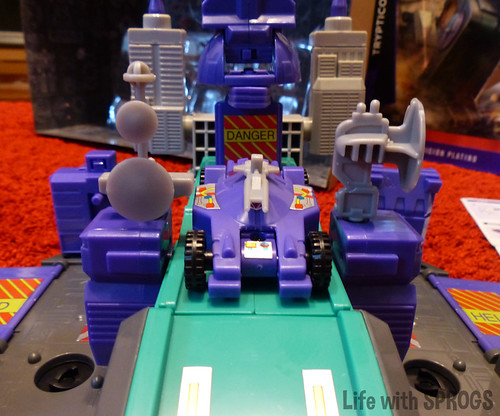 He even comes with a couple of his own vehicles! 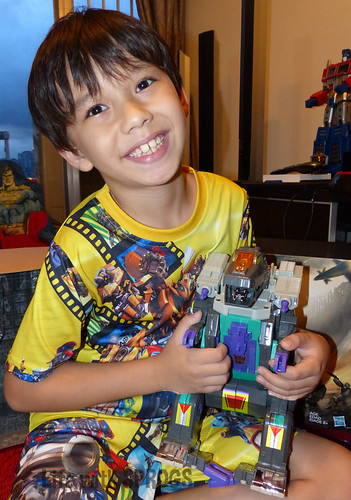 Trypti is a popular member of our Transformers family. When Mitchell has his mates over the first thing they are often drawn to on his shelves is Trypticon. When they see the big robot dino moves they will often spend a good hour making him stomp up and down the apartment laughing and playing with other toys being crushed and pushed out of this giant Decepticon’s way. Take THAT digital devices!!! It just goes to show that a classic 80’s toy doesn’t go out of fashion with kids even in this day and age.

What do you think of old Trypticon? Do you have a toy you always wanted as a kid that your folks wouldn’t let you have?