You’ll be seeing a few posts over the coming weeks from my first ever Transformers Convention – Cybertroncon which took place in Shanghai from the 29th to 31st of July.

To start it off we’re going to talk about a rather large display of a Transformer known as Fortress Maximus (or Fort Max for short) in one of his base modes.

For those who don’t know Fortress Maximus is a City-former – one of the largest class of Transformers. He is an Autobot base that can turn into a giant robot (even by Transformer standards) when needed. Coincidentally he’s just been released as a new toy in the Titans Return toy line. Nice! 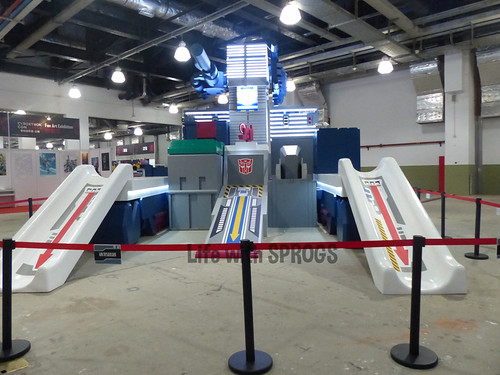 Our expectation based on reports and photos that came out of China prior to our arrival were that Fort Max would be part of a children’s play area. Look at him and you can see two of his ramps really do look like slides. The reality was he was just a display cornered off to be looked at but never touched. 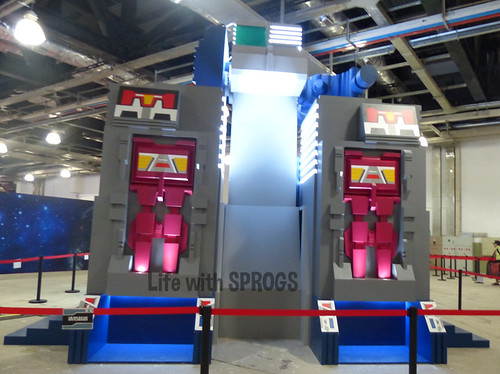 Around the back of the display you could see his legs and feet with the red gun turrets still folded in. There were slight stairs on the side but they didn’t lead anywhere. 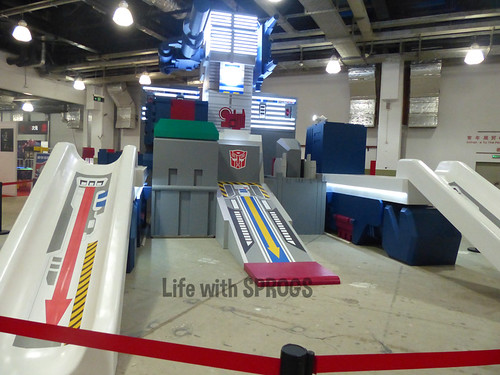 He was a nice display piece but he would have been more interesting had they set up Transformers on top of and around him to create a scene of some sort. His radar and communications dish slowly spun around but aside from that once you’d seen him there wasn’t much more see or do.

For those who want to see him from every angle you can check out our walk-around video of Fortress Maximus but please be kind – it’s our first ever attempt to put any kind of video on YouTube and due to my thyroid condition you can notice how much my hands shake.