A lot of toys were on display at Cybertroncon but the most popular and most talked about by collectors were those showing off and revealing upcoming figures in the Titans Return line. 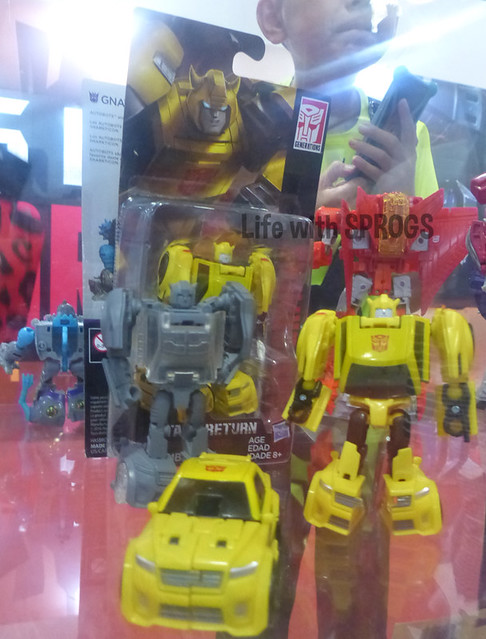 Triple changer figures of Optimus Prime and Megatron were revealed along with new figures like Gnaw, Sixshot, Hot Rod and Bumblebee.

Opinions on toy figures will always be subjective as we all have our personal likes and hates however if these figures continue with the same quality and variety of the Combiners Wars figures my kids at least will be happy.

I loved the idea of turning Megatron and Optimus into triple changers. Megatron looks great in all 3 modes and actually trumps Optimus I think. 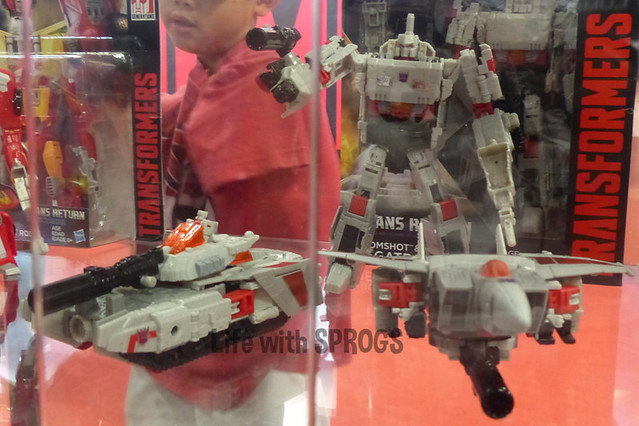 I like Optimus too however in truck mode his details seem a bit sparse on the cab. The side of his truck is plain red plastic. Not even the windows are painted! 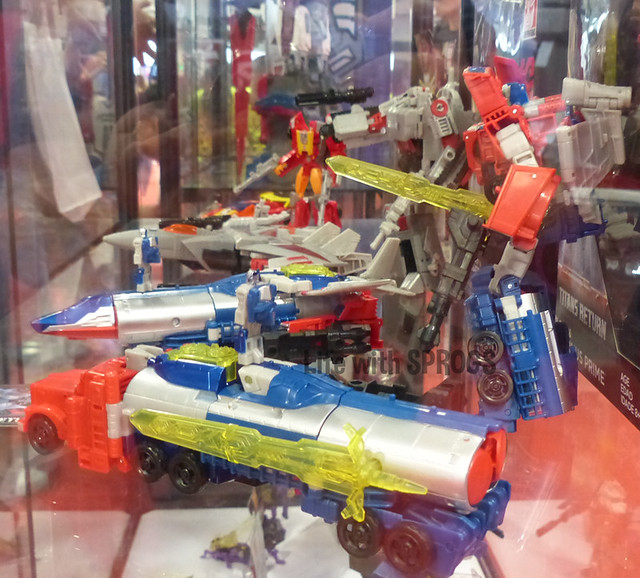 I’ll be buying him as I’m a sucker for a gimmick although I may wait to see what Takara Tomy does with him if Hasbro choose to leave his truck lacking colour on the exhausts of the cab.

Gnaw was a huge favourite among the crowds. I see many of these ending up as sharkticon armies in several Transformer collections worldwide. 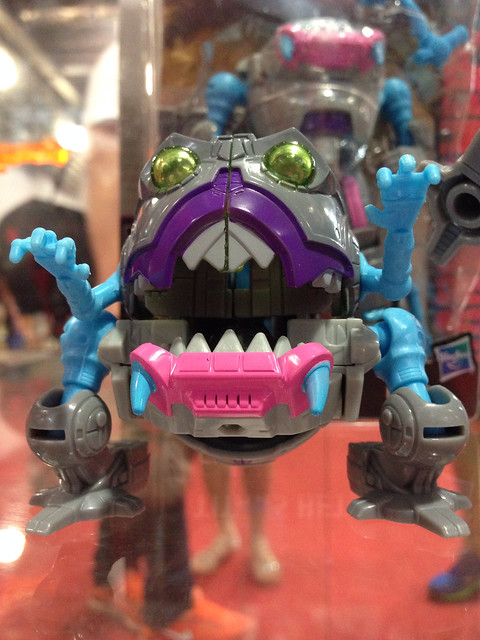 Would you like a walk around of the display cabinets to see all the figures they had on display?

Take a look at our walk-around video on youtube.

Overall my daughter who is the target age-group for these figures liked what she saw. She was especially excited by Alpha Trion, Gnaw, and the triple-changers. After seeing the photos my son is already asking if he can get Megatron so that’s a good sign for Hasbro (although not for my wallet!). 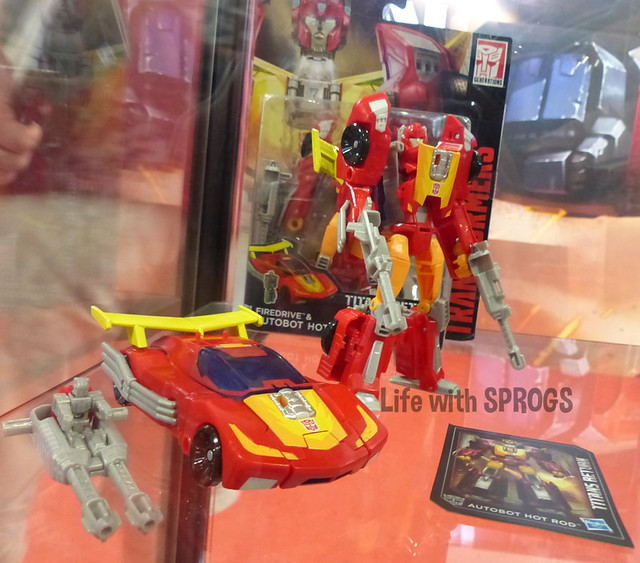 The return to the G1 characters has been popular with both adults and kids alike. Now if we could only see a new TV show that brings all these characters back to life in their G1 glory so kids who haven’t seen the original (or parents who don’t know about the original) can fall in love with the characters all over again. (Note: Combiner Wars Trilogy doesn’t count as it is a cheap imitation of what could be a great show if they had used better voice actors, better voice direction, and smoother animation)

Do you like the Titans Return figures? Why? Why not?