Normally I would have posted about this event much sooner but time has been something I’ve not had much of lately… and to be honest of all the years I’ve been going to ani-con this year seemed to lack the diversity of previous years.

No amazing displays from Hot Toys, no superbly noteworthy figures from ANY franchise by any toy designers. Even Optimus and Megatron didn’t make an appearance while we were there.

In Ani-con’s defence I do normally go on the first day of the show but this year I was in Shanghai so I couldn’t make it until the Monday but that doesn’t compensate for the lack of  interesting displays.

Anyways, let’s start off as always with the Transformers at ACG.

Hasbro didn’t dedicate as much room to Transformers this year with Star Wars and Marvel sharing the display space.

There was the reveal of Masterpiece Dirge which will finally allow those who collect the cone-head jets to complete their collection.They bring back lots of fond memories for me but alas I lack the space to collect these guys and the seekers.

Masterpiece Optimus Primal was on display along with Inferno. 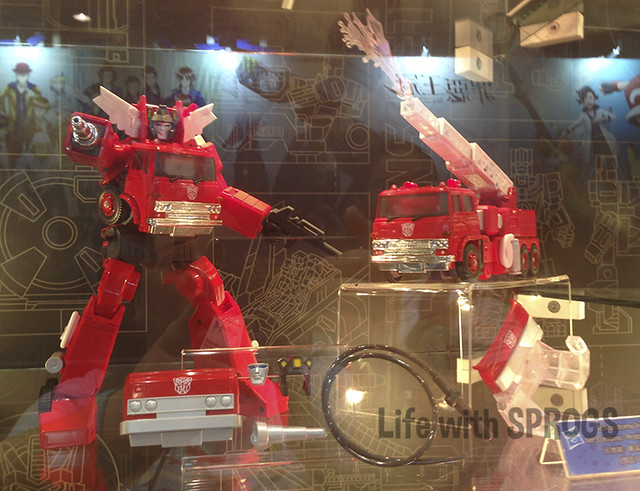 Inferno is VERY tempting. He looks great. If I had the space to collect trucks other than Optimus I don’t think I would be able to pass this guy up. 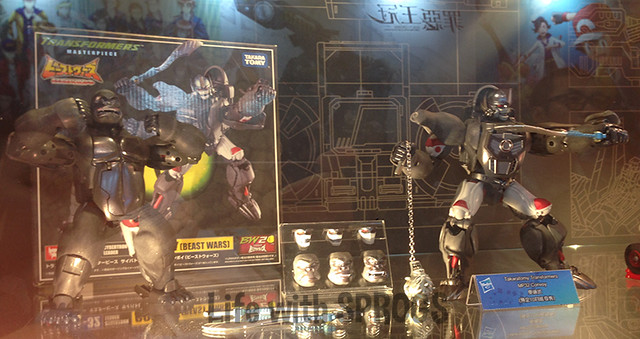 Optimus Primal looked… ok. Photos I had seen of Primal had ALMOST convinced me to add my first monkey to my truck collection but after seeing him in real life I was a little disappointed in how plastic his look was. Having said that I’d love to get a hold of one to see what his playability is like. Maybe that would convince me I need him.

Most of the other Transformers on display were from the Titans Return line, basically all the figures we got to test drive at the Hasbro trial event earlier in the year.

Kidslogic has their standard Transformers figures on display but nothing new in the Transformers line. Their Grimlock is still spectacular and now has pride of place in my collection… but that’s for another post.

Herocross had an Evasion Mode Optimus Prime, a new version of their DoTM movie Optimus. 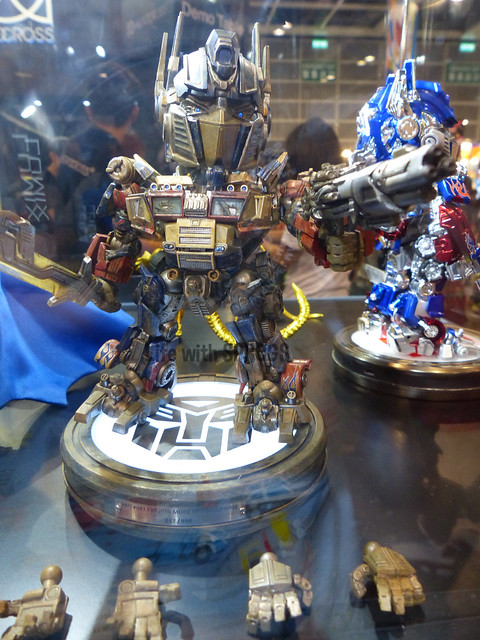 He looked very cool and is the one figure I regret not buying on the day. My logic was I already have the DoTM version… but looking back now Evasion Mode’s colour scheme is significantly different enough that I should have grabbed one.

He even comes with his own drivers license which is apparently based on a real prop used in the Age of Extinction movie. 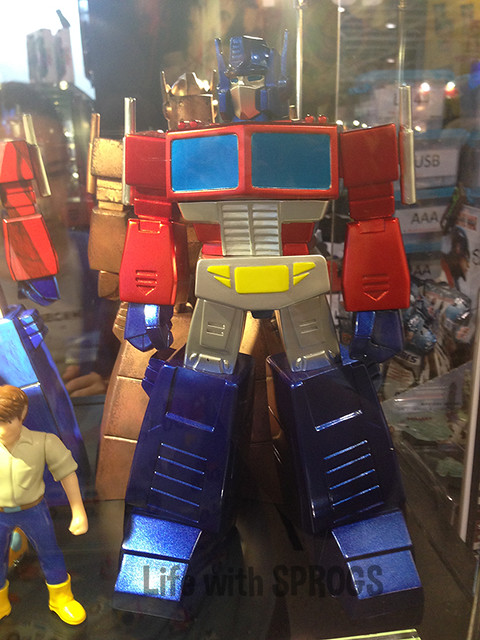 They must be selling as they’re adding 2 new figures to the line: Reflector and Cliffjumper. 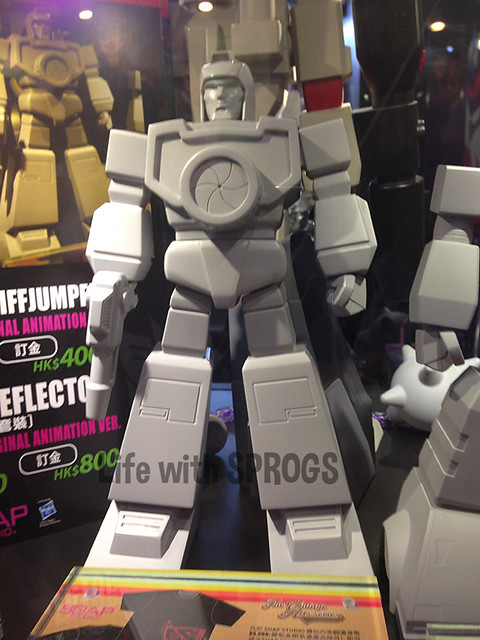 They look good but are at least 50% too expensive even for a die-hard collector like me. Unless Optimus comes in under the HK$500 mark I won’t be considering them especially when you have figures like the next one for the same price…

MAS-01 – Optimus Prime was probably the highlight of the Transformers figures on display. 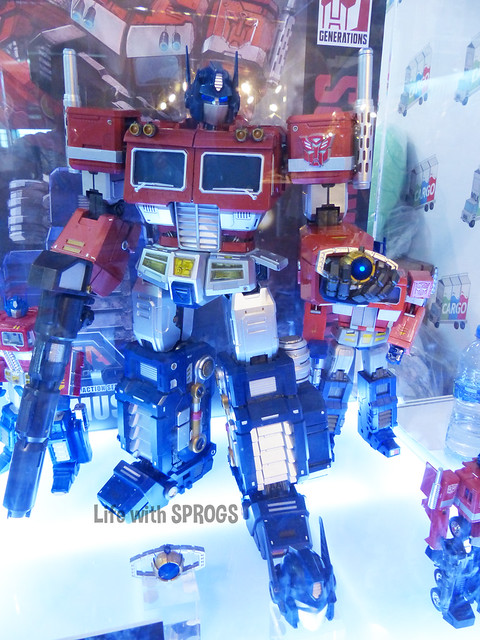 This figure is seriously chunky both in size and looks. Based on designs by Andrew Griffiths this figure is 18 inches tall and gives Optimus more mass. 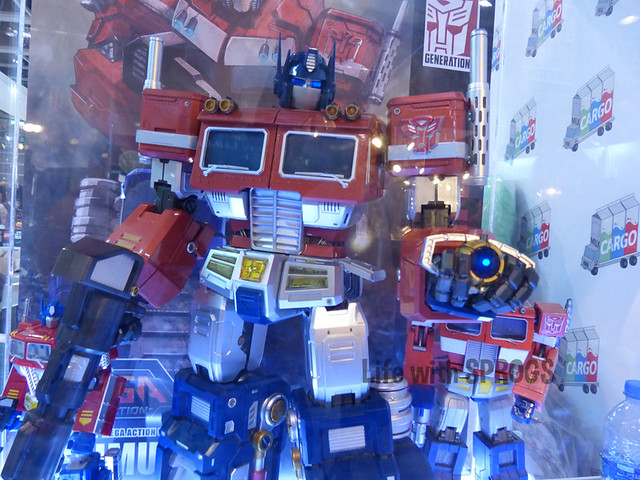 Non-transforming but articulate and coming in at under HK$1200 this is a lot of bang for your buck with a big gun to boot! This guy WILL be joining my collection when released in (hopefully) December 2016. 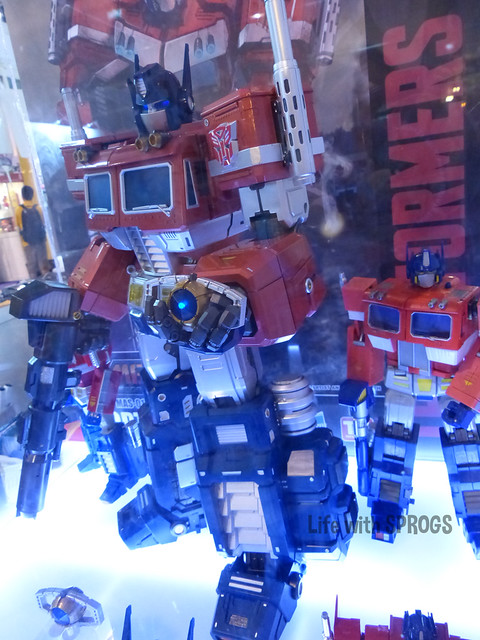 This year wasn’t a good year for Transformers at HKACG however next year we’ll have a movie release which should bolster the products, especially from Hasbro when all the new toy characters are revealed.

Was there anything at HKACG that you loved seeing this year?